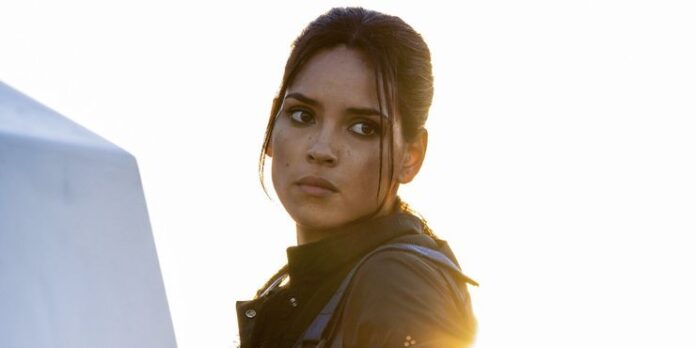 While the future of the Star Wars franchise remains clouded in mystery, we do know that Disney+ is going to be a big part of it. And one of the many shows being developed for the streamer is Cassian Andor, a prequel to Rogue One that returns Diego Luna as the Rebellion intelligence officer. And now with Lucasfilm confirming the previously-revealed cast and adding one more lead role, the series inches closer to reality.

Deadline reports Adria Arjona has taken a lead role in Cassian Andor, although it’s unclear the details on her character. She joins Diego Luna and Alan Tudyk, the latter reprising his voice role as droid K-2SO, plus the previously-announced Denise Gough, Genevieve O’Reilly, Stellan Skarsgard and Kyle Soller.

Considering the way Rogue One shook out, it’s obvious why Cassian Andor is a prequel series. However, it does pose some interesting questions as to what stories will be pursued, and what their impact to the Star Wars universe as a whole will be.

Arjona had her first big break in HBO’s True Detective, then went on to star in The Belko Experiment, 6 Underground, Pacific Rim: Uprising, and Triple Frontier. She has a lead role coming up in Sony’s Spider-Man spinoff, Morbius.