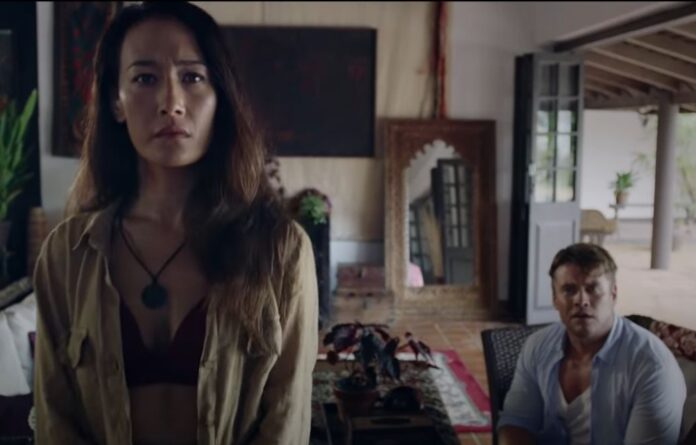 Maggie Q gets what none of us want in the trailer for her new film Death of Me. When she an her boyfriend (Luke Hemsworth) watch a video that appears to show him killing her things begin to spiral into a world of premonition and what appears to be voodoo of some sort. There’s not much insight as to the details of the story in this 3 minute clip but it really is one of those extreme end concepts, it’s either going to be mind-bending and utterly enjoyable….of complete crap, depending on how they handle it. The concept really is impressive, especially in today’s world of deep-fakes and Photoshop. How strong would you trust be for your significant other if you saw evidence that they eventually killed you, knowing that seeing the future isn’t a thing. Even the most logical person, with 0 stock in the paranormal would be sleeping with one eye opened. There seems to be a good bit of mythos to what they’re doing here as well, but again, nothing’s entirely made clear so I can’t be sure.

‘The Protégé’ Interview: Maggie Q Talks Her Killer Role And Why She’s Drawn To Them