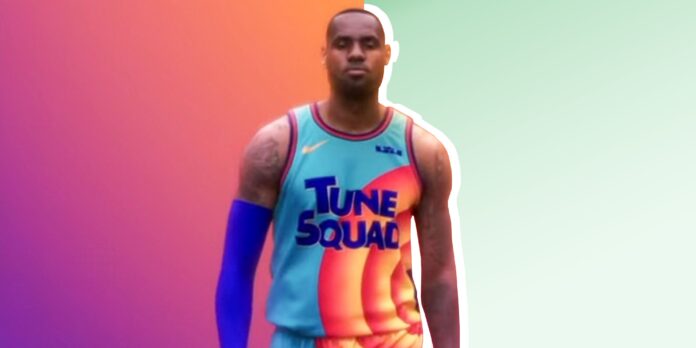 Many people consider LeBron James the greatest NBA player ever, or at least the greatest since Michael Jordan. And apparently, that mantle comes with an overwhelming desire to see James star in a sequel to Space Jam, the film His Airness made into a classic when it probably had no right no be.  That sequel is happening with Space Jam: A New Legacy, and James has just unveiled the brand new jerseys he and squad of Looney Tunes stars will be rocking.

As part of a charitable Space Jam drive-in event James is hosting called Fam Jam, he has unveiled the Space Jam: A New Legacy jerseys he and the new Tune Squad will wear.

Would it be the Family Reunion without a special surprise?! @mavcarter gives our I Promise families the first ever look at @KingJames in his @spacejammovie ‘A New Legacy’ jersey! 👀🔥 pic.twitter.com/XsPYL1dvcU

These are pretty hot. I dig the sky blue color and the prominent Looney Tunes symbol, which goes perfect with the bright orange sneaks. I’m digging it. I can see Bugs and Taz rockin’ these joints on the court.