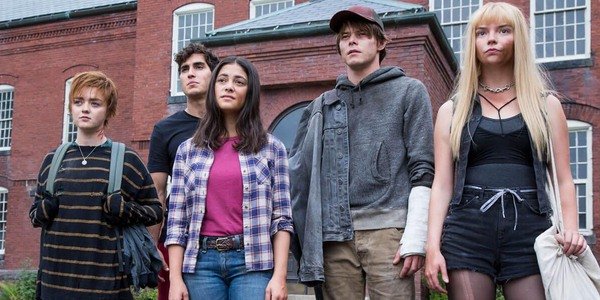 It’s tough to get around discussing The New Mutants‘ troubled history, even now as the movie prepares to finally open in theaters. The fact is, it’s been ongoing for years, delayed repeatedly since 2018 and only now is getting unceremoniously dumped in the middle of a pandemic by Disney/Marvel after picking the film up from Fox. But even before it changed hands, drama ensued as Fox and director Josh Boone reportedly had big differences on the movie’s style.

This report comes from Vulture, who detail some of the problems faced by The New Mutants that we had not heard before. For those who don’t know, the New Mutants are basically junior X-Men. They are a team of teenage mutants still learning their powers, trained at the same school by Professor Xavier and, for a while, by Magneto. Sounds like an easy premise to build a movie from.

Well, Fox and Boone couldn’t see eye-to-eye on how to approach it. Boone had thoughts of a John Hughes-style teen comedy set in the ’80s, mixed with Blumhouse-style horror. Fox was digging the latter idea, but what Boone reportedly gave them was something along the lines of a lowbrow sex comedy, such as  a “misogynist” who enjoyed spray-painting penises on things “for no apparent reason.”  There was also the suggestion the kids were being held captive, with Storm as their jailor, no less. This all sounds crazy bizarre.

Fox wasn’t digging any of this. So they brought in a veritable army of writers, many with either superhero movie experience or teen movie experience, to tackle a new script. Those writers included Scott Neustadter and Michael H. Weber (The Spectacular Now), Chad Hayes and Carey W. Hayes (The Conjuring), as well as folks like Joshua Zetumer, Seth-Grahame Smith, and The Wolverine writer Scott Frank.

At this point, Fox let the movie just go ahead into production, but when they saw a final cut they were so unhappy they considered tossing the whole thing out and starting over. This is probably when we started hearing those talks about extensive reshoots. Those never happened because of the Disney deal, and that basically puts us where we are now. Disney clearly toyed with the idea of not releasing the movie at all, letting it twist in the wind for months without a concrete plan.

And so, here we are. For me, The New Mutants is about 30 minutes away, and I’m excited to see how it turns out. Hopefully it performs well, and the X-Men franchise can go out in style. But if it doesn’t, we’ve got a lot to look back on that explains why.