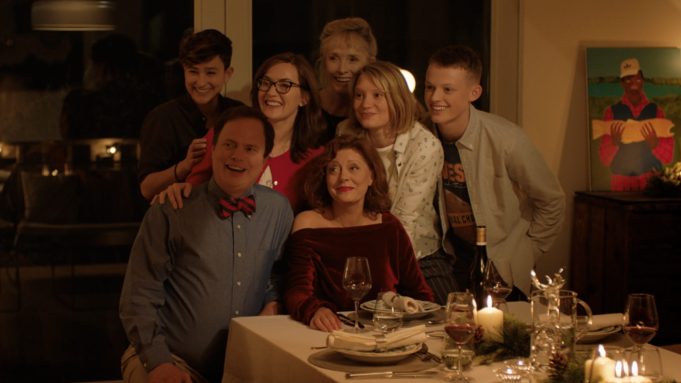 Considering the state of the world, family dramedies have taken on a very different flavor.  Into this climate where many of us are unable to be with the people we love comes the new film, Blackbird, boasting an A-list cast led by Susan Sarandon, Kate Winslet, and Mia Wasikowska in a story that’s all about being there for family in their time of need.

Blackbird is a remake of screenwriter Christian Troupe’s Danish film, Silent Heart, about three generations of a family that gather to say goodbye to Lily (Sarandon), as she prepares to end her life early after a long battle with ALS. Of course, these get together never go as planned, with Lily’s daughters, played by Wasikowska and Winslet, dealing with unresolved issues.  Sam Neill, Rainn Wilson, Bex Taylor-Klaus, and Lindsay Duncan co-star.

On top of this excellent cast, the film also has Notting Hill director Roger Michell behind the camera. The reviews coming out of its premiere at TIFF were as strong as we would expect from this group.

Synopsis: Lily (Susan Sarandon) and Paul (Sam Neill) summon their loved ones to their beach house for one final gathering after Lily decides to end her long battle with ALS on her own terms. The couple is planning a loving weekend complete with holiday traditions, but the mood becomes strained when unresolved issues surface between Lily and her daughters Jennifer (Kate Winslet) and Anna (Mia Wasikowska). Joining the collective farewell are Lily’s son in law (Rainn Wilson), her lifelong friend (Lindsay Duncan), daughter’s partner (Bex Taylor-Klaus) and grandson (Anson Boon). Her story is ultimately one of hope, love and a celebration of life.