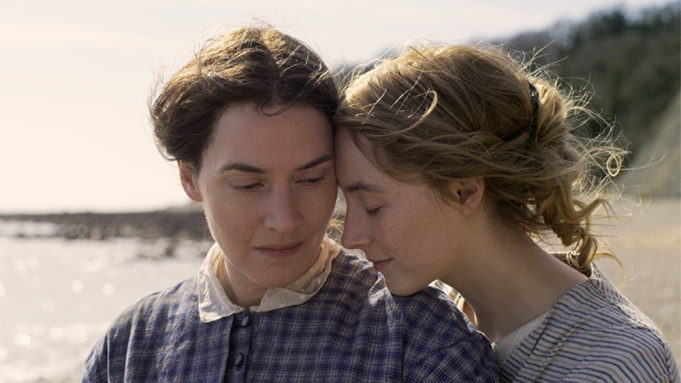 Francis Lee isn’t a name you may have heard of, but her 2017 film God’s Own Country won accolades at Sundance and then the world over when it was eventually released. After a few years wait, and a bit of delay caused by you-know-what, Lee returns with another gay romance with Ammonite, which stars Kate Winslet and Saoirse Ronan. Do you really need to know more to be intrigued?

Originally set to have its world premiere at Cannes, Ammonite will now debut at TIFF where it will likely become an awards contender. The film stars Winslet as trailblazing paleontologist Mary Anning, whose days of rare fossil-hunting are long behind her, and Ronan as her unexpected lover, geologist Charlotte Murchison.

NEON scooped up the rights early in the year, undoubtedly looking to recapture the magic from their acquisition of Portrait of a Lady on Fire. They might actually see greater acclaim this time.

SYNOPSIS: In 1800s England, acclaimed but unrecognized fossil hunter Mary Anning (Kate Winslet) works alone on the rugged Southern coastline. With the days of her famed discoveries behind her, she now searches for common fossils to sell to tourists to support herself and her ailing mother. When a wealthy visitor entrusts Mary with the care of his wife Charlotte Murchison (Saoirse Ronan), she cannot afford to turn his offer down. Proud and relentlessly passionate about her work, Mary initially clashes with her unwelcome guest, but despite the distance between their social class and personalities, an intense bond begins to develop, compelling the two women to determine the true nature of their relationship.