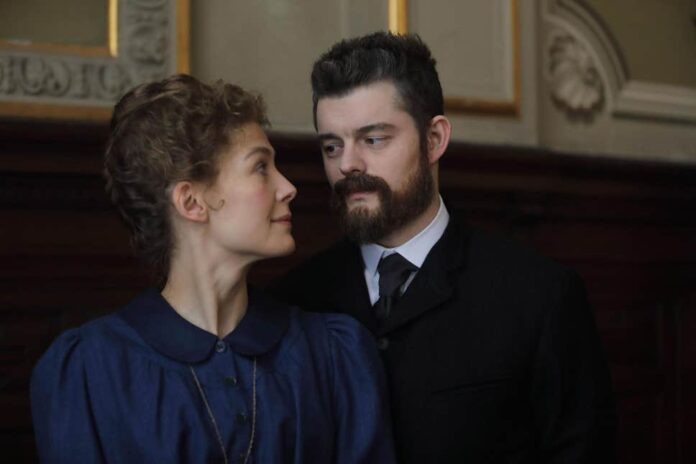 My interview with director Marjane Satrapi went exactly as I hoped it would. While meeting her on Zoom wasn’t always in the plan, seeing her there at home in her trademark black clothing, clearly having just finished a cigarette…well, that was the way I had always envisioned it. Satrapi was there to talk about her new film, Radioactive, a biopic on groundbreaking scientist Marie Curie, starring Rosamund Pike and Sam Riley.

Satrapi gets right into it, talking about the imbalance in depictions of women on the big screen. She attacks the issue with the same straight-forward attitude that we see from Curie, as she demands respect from male colleagues for her discoveries. But the film isn’t just about what she accomplished, it’s about the impact radiation has on the world, both for good and bad, and how Curie carries the burden of her genius.

I was fortunate to have a few minutes speaking with Satrapi about Radioactive, and what her latest graphic novel adaptation means to her. Not only that, but Sam Riley also joined me to talk about his role as Pierre Curie, a man ahead of his time in that he embraced and did not resent his wife’s intellect.

Radioactive hits Prime Video on July 24th. You can check out my review here and watch both interviews below.