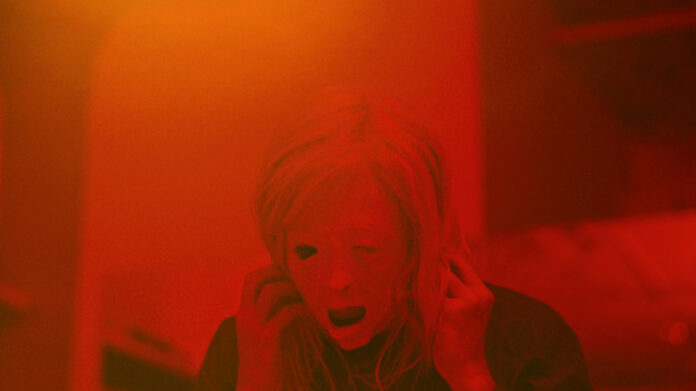 Possessor is not your typical assassin movie. But then, we probably shouldn’t expect it to be considering it comes from Brandon Cronenberg, the son of director David Cronenberg who made a splash with Antiviral back in 2012, and that film was not your typical body horror.

Starring Andrea Riseborough, who has become Sundance’s resident darling of late, Possessor centers on an assassin who uses advanced technology that allows her to “possess” the body of others, the easier to eliminate her targets. But what is the cost of constantly merging with other people? How easy is it to lose one’s sense of self? What unfolds is a nightmarish thriller that sees the psychological barriers torn down in horrific ways.

As you probably guessed, I’ve already seen this one and found it to be the best of what we’ve seen from Cronenberg. His sophomore effort shows tremendous growth as a filmmaker, using gore and the sounds of violence to wicked precision. Of course, Riseborough is brilliant in capturing the lead character’s psychotic break, and she’s joined by an equally terrific cast that includes Christopher Abbott, Sean Bean, Jennifer Jason Leigh, and Tuppence Middleton.

NEON plans to release Possessor “soon” but does not yet have a date.

SYNOPSIS:  From the visionary mind of writer/director Brandon Cronenberg, POSSESSOR is an arresting sci-fi thriller about elite, corporate assassin Tasya Vos. Using brain-implant technology, Vos takes control of other people’s bodies to execute high profile targets. As she sinks deeper into her latest assignment Vos becomes trapped inside a mind that threatens to obliterate her.