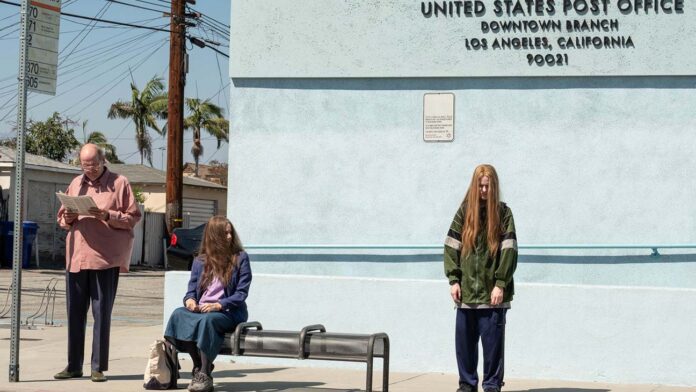 Miranda July became an indie superstar with her two unique features, 2005’s Me and You and Everyone We Know, and 2011’s The Future. If the gap between those movies wasn’t enough of an indicator, the nine-year wait for her latest, Kajillionaire, proves that July works on her own time. Based on the buzz that emerged from Sundance, the wait was more than worth it.

Kajillionaire was written and directed by July, and stars Evan Rachel Wood, Gina Rodriguez, Debra Winger, and Richard Jenkins. The story, which seems particularly timely right now, centers on a family of scam artists, with Rodriguez as the newest member of their crew.

The film debuted earlier this year, and I’ll admit, I avoided it outright. July is not a filmmaker whose work speaks to me, although based on everything I’ve heard and the footage from this trailer, this might be the one that changes my mind.

SYNOPSIS: Con-artists Theresa (Debra Winger) and Robert (Richard Jenkins) have spent 26 years training their only daughter, Old Dolio (Evan Rachel Wood), to swindle, scam, and steal at every opportunity. During a desperate, hastily conceived heist, they charm a stranger (Gina Rodriguez) into joining their next scam, only to have their entire world turned upside down.