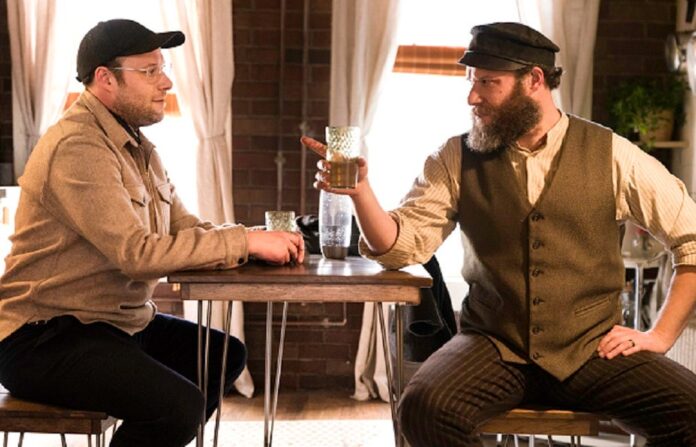 The global pandemic has forced a few studios to make hard choices about some of the movies they planned to open in theaters. In the case of Sony, they decided to unload Seth Rogen comedy An American Pickle on HBO Max, with the content-starved streamer now revealing the first images of the actor in dual roles.

An American Pickle‘s odd name comes from one of the characters Rogen plays in the film, immigrant Herschel Greenbaum, who in the 1920s falls into a vat of pickles and remains brined for 100 years. Released into the present, Herschel connects with his great-grandson, an app developer.

In the images released via USA Today, we see Rogen looking a lot like the lovable goog we’re accustomed to on one hand…and a lot like himself with a beard and some old-timey clothes as the other. But as far as the character goes, Rogen says it’s a chance for him to stretch out as an actor…

“I’m actually not incredibly incapable physically, but every character I’ve ever played is a disaster,” said Rogen. “Herschel might be the first time I played someone who runs normally and beats the (expletive) out of people.”

An American Pickle is directed by Brandon Trost and co-stars Sarah Snook, Jorma Toccone, and Maya Erskine. HBO Max will debut the film on August 6th. 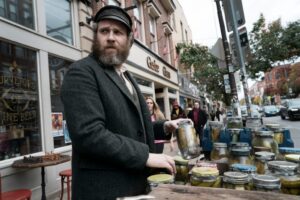 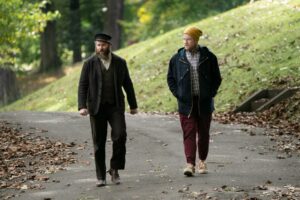