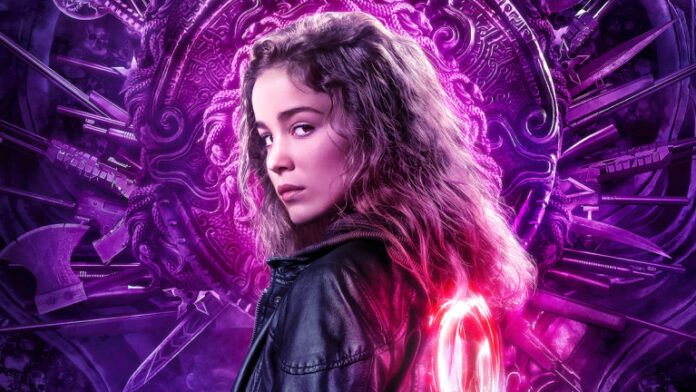 I used to read issues of Ben Dunn’s manga Warrior Nun Areala when they would sporadically appear at my comic shop, so to see it now as a badass Netflix series is a trip. Imagine Buffy or Dark Angel with a side of Spawn and you’ll get an idea of what an off-the-wall show this is going to be, and why fans have been eagerly awaiting it since first announced back in 2018.

Warrior Nun stars Alba Baptiste as Ava, a teen who dies, finds herself awake in a morgue with a powerful relic embedded into her back, and enlisted into a clan of reincarnated holy warriors tasked with battling demons. While Ava tries to get used to her newfound powers, forces from Heaven and Hell conspire to use her power for themselves. If you wanted to see machine gun-toting nuns this is the show for you.

Those who read the comic will note some small changes beyond the lead character’s name, and some of the more zany, manga-influenced aspects have been tweaked. Most of all, the religious angle isn’t taken too seriously at all, and will just be another avenue for showrunner Simon Barry (Continuum) to have some fun. We’ll see if anybody gets offended, anyway. I’m sure somebody will.