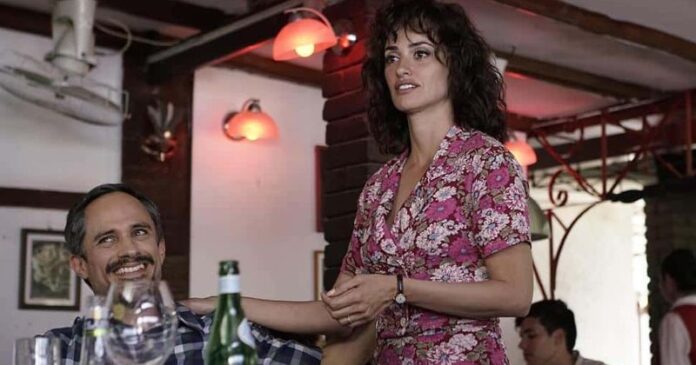 French filmmaker Olivier Assayas has tackled so many different genres and styles, always appearing to push himself in new directions. But if there’s one recurring theme, whether it’s his politically-charged Something in the Air, his terrorist thriller Carlos, ghost story Personal Shopper, or Hollywood drama Clouds of Sils Maria, it’s of rebellion to ensure one’s independence. That theme continues with Wasp Network, a political thriller about Cuban spies in the ’90s, doesn’t settle there, but takes it one step further.

Echoing the spy novels of John le Carre, Wasp Network is an espionage film of winding, maze-like proportions; even its title is a deep cover mission. Edgar Ramirez plays René González, who wakes up one day in Cuba, says goodbye to his wife Olga (Penelope Cruz, the model of understated strength) and young daughter, steals his work plane and escapes to Miami. From there he’s trotted out in front of cameras to denounce Castro, while at home he’s seen as a defector and traitor, making life more difficult for the family he left behind.

But there’s more to it than that. The “Wasp Network’ was actually a super deep cover operation with tentacles deep into political movements in the United States. To say much more would ruin the movie’s big twist, although anyone with access to Wikipedia can sort it out. René connects with others attacking the mission from different angles: Gael Garcia Bernal is the scholarly Gerardo Hernandez, coordinating all of the various efforts and disseminating the information they gather; Wagner Moura is Juan Pablo Roque, and true to Moura form he has the shady vibe and control of a drug kingpin. Roque hides parts of his life from his new bride, played by Knives Out star Ana de Armas in a role that could’ve done with some fleshing out.

Assayas, adapting from novel The Last Soldiers of the Cold War: The Story of the Cuban Five by Fernando Morais, sticks to the fact-by-fact accounts, which makes for an efficient, if somewhat distant effort with almost too much ground to cover. The film bounces around from place to place and into different time periods, staggering each character introduction which can be confusing if you aren’t paying enough attention. But just as it starts to meander, and it certainly does from time to time, Wasp Network snaps you back into attention with a bomb explosion, a double-cross, or the hardships experienced by Olga back home in Cuba. If there’s an emotional heart to the film it’s Cruz, whose Olga experiences  control of Castro’s government from both ends, while also dealing with her conflicted feelings towards René.

What Wasp Network does really well is capturing how quickly the political tides can shift, and how easily one movement can be co-opted by other forces, such as the illegal narcotics trade. At some point, they all become so entangled as to be virtually indistinguishable, and when that happens is any cause truly just?