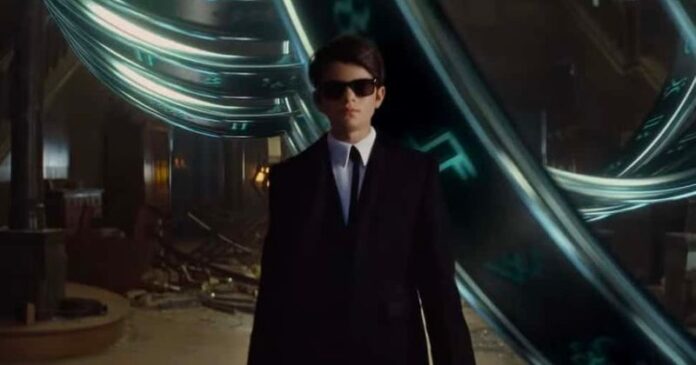 Fans who have waited two decades for an adaptation of Eoin Colfer’s YA fantasy novel, Artemis Fowl, are going to have mixed emotions over this one. The writing has been on the wall for sometime that Disney has lost some faith in the Kenneth Branagh-directed film about a 12-year-old boy genius in a world of fairies and magic. Not only has it been delayed numerous times since wrapping production in 2018, but it was shuffled off the big screen and straight to Disney+ under cover of the COVID-19 outbreak. However, this disappointing, surprisingly dull adventure is going to need a lot more than pixie dust to be the next Harry Potter, and will barely stand out among Disney’s other family-friendly films on its streaming service.

What will strike longtime followers of Colfer’s books is the way they’ve watered down poor Artemis, played by bland actor Ferdia Shaw. Originally a brilliant criminal mastermind, he’s now just a really smart kid with a bit of an attitude, living on a posh Irish manor with his warrior-butler Domovoi (Nonso Anozie) and a world of gadgets at his disposal. If there was one thing that made Artemis Fowl interesting it’s that he was the antithesis of Harry Potter, a selfish kid-villain with a grudge.

Not only has Artemis lost his edginess, but the movie has completely shed any shred of individuality. The story, which feels bloated even at 93-minutes in length, is stuffed with expository narration, told in black & white “interrogation” scenes by an overgrown dwarf named Mulch Diggums (Josh Gad, doing his best Hagrid). From him, we learn of Artemis’ plan to find his missing father (Colin Farrell), a Bruce Wayne-esque figure who has stolen precious artifacts from the fairies and dwarves he used to tell his son stories about. Artemis plans to use a gigantic magical McGuffin called the Aculos to find him, but his plan involves being invaded by the fairy police force, led by Commander Julius Root, played by Judi Dench looking only mildly less embarrassed than she does in Cats. This has not been a good time for her and garish costumes.

There are also suggestions of rebellion, and a shrouded villain taunts but does absolutely nothing from a sewer in the middle of nowhere. Artemis is given multiple sidekicks who don’t hold much interest and the writers seem to have little interest in. There’s young fairy field agent  Holly Short (Lara McDonnell), who in the novels represents the other side of the coin to Artemis in that both are stubborn and blinded by their preconceived notions. But she, too, is scrubbed of any sense of personality other than “cheerful”. She spends most of the movie locked in a cage, anyway. Another is Juliet Butler (Tamara Smart), Domovoi’s sister who is brought along because she’s a fierce combatant who can also understand the mind of a boy her age. She pretty much just serves him sandwiches.

The siege itself is nonsensical and baffling, with Branagh showing a chaotic lack of detail that should relegate him to Shakespeare and Agatha Christie adaptations for the foreseeable future. Characters dash from room to room while giant “time-stop” blobs occasionally muck around with their ability to move. How and when it works seems to depend largely on the needs of the moment. Those we are led to believe are badasses don’t do much (in the case of Domovoi this is especially egregious), and worst of all, Artemis doesn’t really come across as a genius at all. Branagh loses track of the action frequently, making the big finale a complete mess of uninteresting characters doing uninteresting things. If there’s a plus side, it’s the occasional tour through the fairy kingdom. Grand and expressive, Branagh seems to be having the most fun swooping us through the emerald realm, suggesting a much better movie if it could ever get away from the confines of the Fowl estate.

The biggest problem with Artemis Fowl? We just don’t care about him, have no reason to like him, and definitely don’t want to be on a rescue mission with him. Disney was obviously fearful that a child supervillain would be unlikeable, but if you’re going to change that part of his Artemis’ personality it must be balanced with other traits that make him unique. There’s nothing special about Artemis Fowl, and like another wannabe YA blockbuster Ender’s Game, we’re unlikely to see a part two.