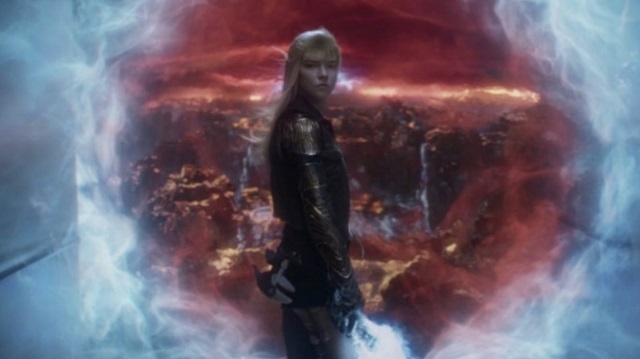 It’s only taken a few years, loads of horrifically bad buzz, multiple delays, the selloff of its original distributor, and the very-real possibility it may not be released at all, but New Mutants has somehow survived. The long-awaited X-Men spinoff will be released on August 28th, and will probably be the last remnant of Fox’s mutant franchise. When director Josh Boone first envisioned it, the plan was much deeper than that, and he still holds out hope that can be made a reality.

Boone chatted with SFX Magazine, and said he still hopes for the best for New Mutants, and that this won’t be the last time he gets to direct these characters…

“Ultimately, after all this time, I was able to make MY New Mutants film, and I’m am proud of it,” Boone said. “What I’m hoping for now is that it will be successful enough so the studio will allow me to complete a trilogy. I’ve got all planned out.”

The good news, as Boone said, is that the version we are getting is the one he always intended. Strong horror elements are present in the story which has a junior league of X-Men trapped inside of a mysterious hospital facility. We know the Demon Bear will be one villain they’ll face, and a trip to the Hellish landscape known as Limbo is also in the cards.

Unfortunately, the chances of Boone getting his wish are pretty slim. Now that Marvel has access of Fox’s Marvel characters, they’re going to want to do their own thing with the X-Men. I think that they’re willing to release New Mutants at all, in the form Boone wants, suggests they could be willing to incorporate it into the MCU if the movie is a hit. I just hope if it’s not we don’t start hearing cries for “Boone Cut” to be released on Disney+.