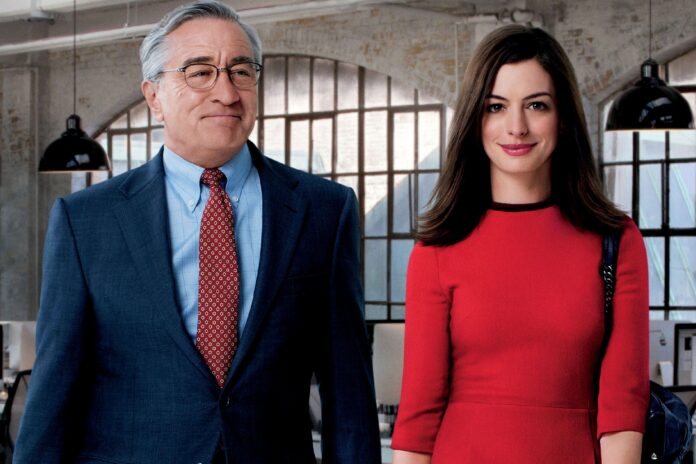 As a huge fan of James Gray, it pains me when a movie as great as Ad Astra gets overlooked. It was his biggest film by far with a star-powered lead actor in Brad Pitt, so you’d think it would have a tough time flying under the radar…and yet it did. So it seems that for Gray’s next film, the Reagan-era New York drama Armageddon Time, he’s turning up the star power to an even higher level.

Deadline reports Robert De Niro, Oscar Isaac, Anne Hathaway, and Donald Sutherland are joining the cast of Armageddon Time. This comes just weeks after we learned Cate Blanchett would be part of the cast. Damn. The film takes inspiration from Gray’s time at the prestigious Kew-Forest School where Donald Trump was an alumnus and his father Fred Trump served on the school board. And yep, Trump’s daddy will be a character in the film.

Gray talked to Deadline about the Trump connection to the film, and how their presence made an impact…

“The private school, yes Donald Trump went there and Fred Trump was on the board of trustees. It’s symbolic about what the school represented at the time, entrenched in this white protestant ethic. I found it very foreign to me, a product of the public school system in New York City of the ‘70s. It’s about that transition and how it reflects on what the American society was and sadly still is. How we are separated along the lines of class and ethnicity. The film is really about that, my transition in school from one to the other. The implications of it are quite large. The world really became clearly divided to me, based on the haves and the have-nots. I didn’t write the script last week, but rather many months ago and it’s weird in that a lot of what we’re seeing right now is playing out of many of the themes that it was my ambition to explore in the first place. This obsession I have with examining American ideas of class mobility, to do it in a context that is humane with social impact.”

I was trying to think of all the past connections between them, but I’m tired an the first thing that came to mind was Hathaway and De Niro in The Intern. That’s pretty sad. There’s probably a lot more.

No word on when this will roll, but I have a feeling Gray isn’t done stacking together his cast. Let’s hope it gets moving sooner rather than later.

James Gray’s Next Film Is A Biopic On Young John F. Kennedy