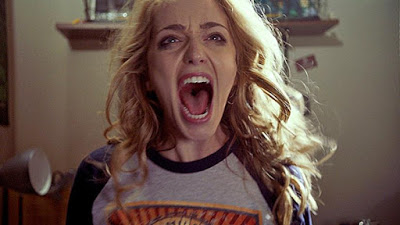 Blumhouse has a knack for creating huge box office hits out of films that come out of nowhere. One of those unexpected gems was Happy Death Day, a fun horror twist on the Groundhog Day scenario. That was followed up with the superior Happy Death Day 2U, but when it failed to show the same muscle with audiences, there was doubt of a third film. Hopefully, that’s about to change.

Speaking with ET, producer Jason Blum was asked about the possibility of Happy Death Day 3, and he confirmed it’s something he’s actively trying to make happen right now…

“Let me tell ya, I’m working overtime on it, believe me,” Blum said. “I’m trying. Nothing official yet.”

That would definitely mean bringing back star Jessica Rothe, who is really the glue those movies hinge on. She’s blown up since then, recently starring in the remake of Valley Girl, but I’m guessing she’d come back if Blumhouse comes calling.

That could be a big “If”, though. Last year, director Christopher Landon was saying a sequel was off the table unless a platform such as Netflix came to the rescue. We haven’t heard anything about that happening, but if Blumhouse wants Happy Death Day 3 to happen, chances are it will.