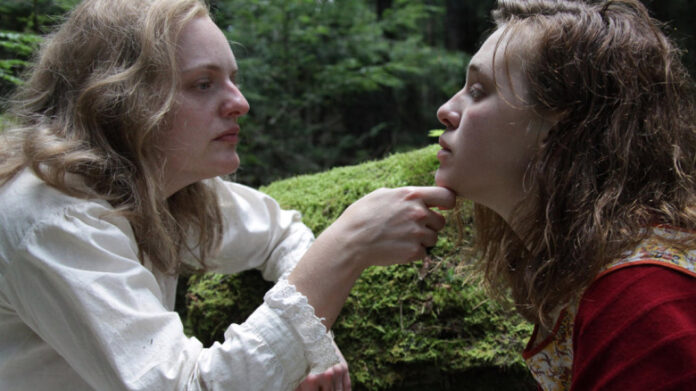 We already know that no actress in the world does emotional distress quite like Elisabeth Moss, as we saw in The Invisible Man just a few months ago. But man…she can also be downright nasty and cruel, too, and I’m not sure anybody does it better than her there, either. Moss was at her evil best in Shirley, Josephine Decker’s thriller about horror novelist Shirley Jackson, author of a little book you might know about, The Haunting of Hill House.

Shirley isn’t about the author’s best-known book, however. It reimagines her as a cold, manipulative horror/mystery writer who finds inspiration for her next work by manipulating a young couple who are staying in her home. The cast includes Michael Stuhlbarg as her husband, the equally-cunning literary critic Stanley Edgar Hyman, with Logan Lerman and Odessa Young as the couple.

The film debuted at Sundance a few months ago, where Decker won a Grand Jury prize and was nominated for another. It was also one of my favorite films there, with my favorite aspect that Decker and Moss never shy away from the author’s toxicity, and how it fuels her creative energies.

Shirley will be released on June 5th.

‘The Handmaid’s Tale’ Season 5 Teaser: Hulu’s Series That Hits Too Close To Home Returns In September