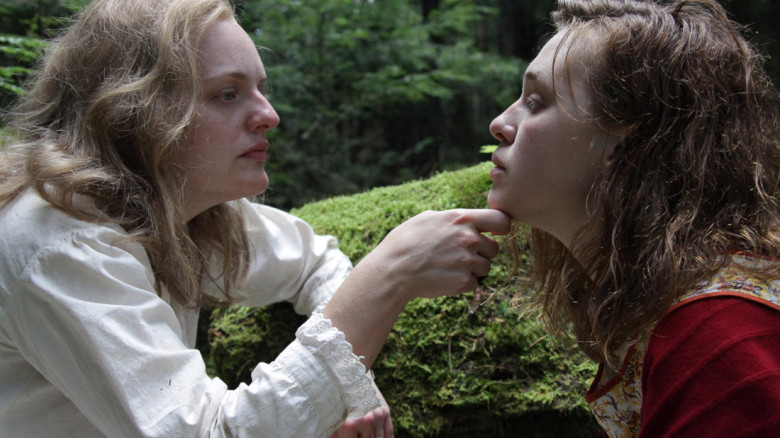 A traditional biopic from Josephine Decker, the filmmaker whose Madeline’s Madeline is one of the most visually vivid and unique pieces of cinema in recent years? Of course, there’s absolutely nothing traditional about Shirley, a nasty little number about nasty little literary couple Stanley Edgar Hyman and Shirley Jackson. Shirley, a reclusive writer whose horror novels and short stories have seen a sudden surge in popularity, namely The Haunting of Hill House, is a particularly venomous piece of work, and Decker observes her like one observes a snake about to devour a mouse.

Michael Stuhlbarg and Elisabeth Moss play Stanley and Shirley, who bear their fangs not only at one another, but at the improbably gorgeous Fred and Rose Nemser (Logan Lerman and Odessa Young), a young couple invited to stay in their home while Fred moves up the professorial ranks on campus. The dynamic between the four is contentious from the start, in no small part thanks to Shirley. A shut-in who can barely get out of bed in the morning, it’s clear she’s not just mean but perhaps a little bit insane. Certainly, she’s become too much for the outgoing, charismatic Stanley to deal with by himself, which is where Rose comes in. Despite being horrified at Shirley’s treatment towards her (Shirley outs her pregnancy to a befuddled Fred), Rose is an admirer and more than a little naive.

That makes them perfect targets for the elder couple, who seem to fuel their own creative genius through the mental manipulation of others.  Shirley is no biopic, it’s a horror in the vein of Jackson’s literary works, but with a really twisted sense of humor that makes one feel “terrifically horrible”, as Rose puts it. For those who like their comedy blacker than old coffee, they’ll get a kick out of the way Shirley teases and scorns, befriends and alienates, all to her own satisfaction.  “People like Shirley don’t have friends”, Fred warns Rose at one point, and he’s not wrong. Rose is meant to be a positive influence but, for someone as broken as Shirley, what’s positive for her is negative for everyone else. 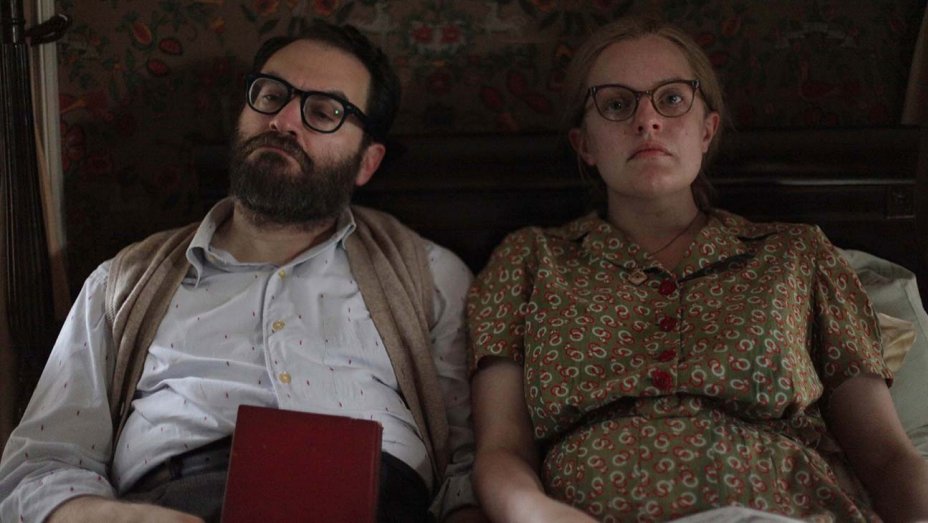 The best part of Shirley is that it gives Moss another role in which she can delve into another’s mad genius. The story takes place following the release of Jackson’s wildly controversial novel, The Lottery, during the time when she’s been inspired by the disappearance of college freshman Paula Jean Welden to craft the story, Hangsaman. Already a neurotic suffering from severe bouts of anxiety, Shirley begins to identify closely with the lost girl, and other lost girls just like her. It only makes her devious control over Rose all the more insidious and tragic. Shirley takes the hopeful young woman treats her like a character in one of her novels, writing her story at every turn of the page.

Decker keeps the tension tightly wound, mixing in enough humor to lessen the bitterness of Sara Gubbens’ script. Even though at times it seems they don’t have an idea where it should go, making for a conclusion that muddles any empowering themes, Shirley doesn’t shy away from its subject’s toxicity. It embraces everything she was, everything she needed to be, warts and all.

‘The Handmaid’s Tale’ Season 5 Teaser: Hulu’s Series That Hits Too Close To Home Returns In September