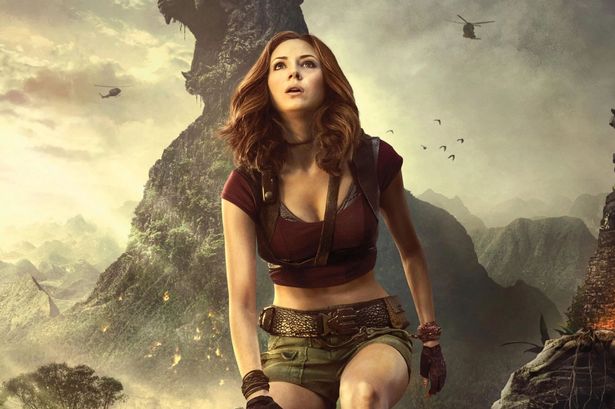 It’s been a while since we’ve heard anything solid about Disney’s Pirates of the Caribbean reboot, the one they’ve apparently dumped Johnny Depp overboard for. The latest rumor should be taken with enough salt water to sink the Black Pearl, but The DisInsider says Guardians of the Galaxy and Jumanji star Karen Gillan is being eyed for the lead role.

Disney’s plan is reportedly to relaunch the franchise with a female lead, and Karen Gillan their top choice although it’s unclear if any discussions have taken place. There’s also the possibility Disney is looking to cast a woman of color. Another possible suggestion is the story, which is being penned by Chernobyl writer Craig Mazin, could center on Redd, the female pirate who is a greeter at the Disney theme park attraction. That sounds REALLY unlikely, but hey, it’s out there so who knows?

It’s tough to argue with Gillan if that’s the direction they go. She’s been on the verge of a legit breakout for a while, and has kicked plenty of ass as Nebula in Guardians of the Galaxy and Avengers: Endgame. But most impressive, and relevant to this, are her scene-stealing performances in the Jumanji sequels, showing she’s got the physically demanding action and comedy down to a science.

For now, Gillan is busy prepping for her third Jumanji film, and she recently landed twin roles in sci-fi film Dual.