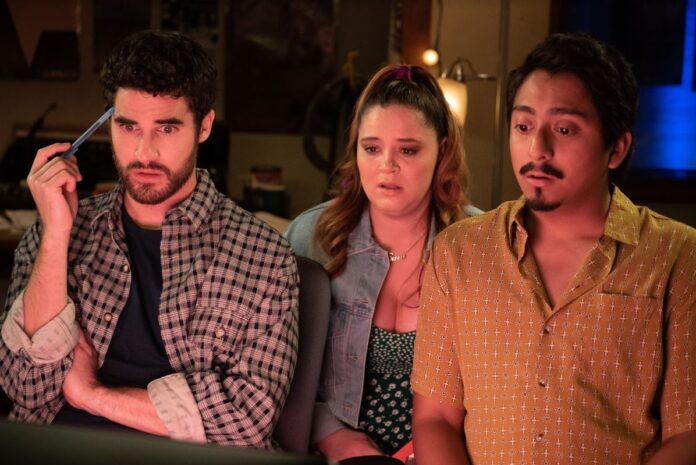 After working with Ryan Murphy on American Crime Story and his recent series, Hollywood, Darren Criss is taking the reins for himself. Royalties is the multi-talented actor’s new music industry show, and to say the talent assembled for this is extraordinary would be an understatement. Even those only vaguely familiar with Criss, such as myself, have plenty of reasons to seek out Quibi and give this one a look.

Criss wrote and stars in Royalties, playing one-half of a songwriting duo alongside Kether Donohue, better known to me as the only reason to have watched FX’s You’re the Worst. The pair must navigate their growing popularity with creative freedoms, the constant tug of war that all artists must endure.

Not only did Criss write the screenplays, but all of the songs used in the series, as well. He’s joined on the series by Amy Heckerling, known for some of the all-time great comedies such as Fast Times at Ridgemont High, Clueless, and Look Who’s Talking. The cast surrounding Criss is Julianne Hough, Jackie Tohn, Bonnie McKee, Jennifer Coolidge, John Stamos, Tony Revolori, Lil Rel Howery, Mark Hamill, Rufus Wainwright, Sabrina Carpenter, and To All The Boys: PS I Love You‘s Jordan Fisher. Damn.

Royalties hits Quibi on June 1st.  Check out the trailer below, followed by the full tracklist for the upcoming soundtrack which will be released on June 12th. One of those songs, you’ll notice, is by Hamill. Luke, we didn’t know you still had it in you.

‘Hollywood’ Trailer: Ryan Murphy And Netflix Team Up To Explore Tinseltown’s Dark Side