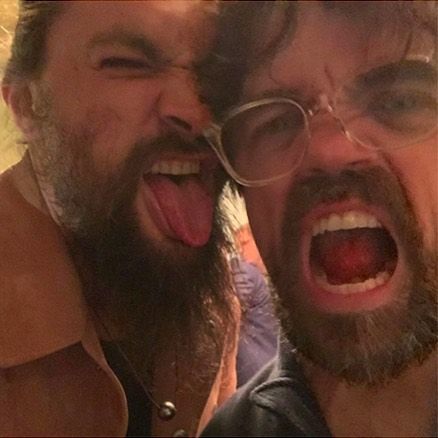 It’s about to be a Game of Thrones reunion, ya’ll. Khal Drogo and Tyrrion Lannister never shared screen time together on the HBO series, but the actors who played them will have an entire movie together very soon. Jason Momoa and Peter Dinklage are starring in Good Bad & Undead, in which one of them will play famous vampire hunter Van Helsing.

It’s Dinklage who plays Van Helsing, the last in the long line of vampire hunters, with Momoa as his vampire partner. Together they scam towns by pretending to rid them of a vampire threat, only to have a bounty placed on the vampire’s head, attracting a dangerous world of monsters and magic against them.

The film is directed by Max Barbakow and written by Mark Swift and Damian Shannon. Barbakow is on a roll. His film Palm Springs was a smash at Sundance, and sold to Hulu/Neon for a whopping $22M.

Considering all of the studio projects they’ve done it’s surprising Dinklage and Momoa haven’t been paired up sooner. Momoa will be seen next in Denis Villeneuve’s Dune, while Dinklage just signed on for Netflix’s Last Sons of America. [Deadline]