While restrictions are starting to lift, the coronavirus still has major Hollywood studios figuring out what the future looks like. And rather than release some of their big films into an uncertain market, they’re just going to pull them from the schedule until the way forward is clearer. Sadly, that means three highly-anticipated movies are on the shelf for now.

First up is Edgar Wright’s psychological thriller, Last Night in Soho. Variety reports that Focus Features has pulled it from the September 25th date and into 2021, although exactly when is unclear. There was a hope the film could have its world premiere at Cannes, but that was increasingly unlikely due to the pandemic causing delays in production. And that’s a damn shame because who isn’t eager to see Wright’s return to horror with Anya Taylor-Joy, Matt Smith, and Thomasin McKenzie? 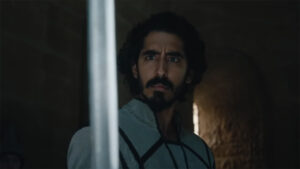 It was just a couple of weeks ago that David Lowery said he didn’t know whether his Arthurian adaptation The Green Knight would get a theatrical or digital release. Well, for now it’s getting neither. The film, which stars Dev Patel as Arthur’s nephew Sir Gawain, has been postponed indefinitely by A24.  SXSW would’ve been the place for its world premiere a few months ago if that event hadn’t been canceled like so many others were, as well. 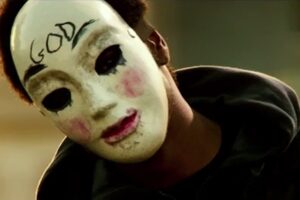 And finally, Universal and Blumhouse have purged the fifth chapter of The Purge franchise from the release schedule. Titled The Forever Purge, the final movie in the blockbuster political-horror series was due to hit theaters this summer on July 10th, where it would’ve been among the earliest tentpole films of the season. The first four films have earned $466M worldwide on a budget of just $36M combined.