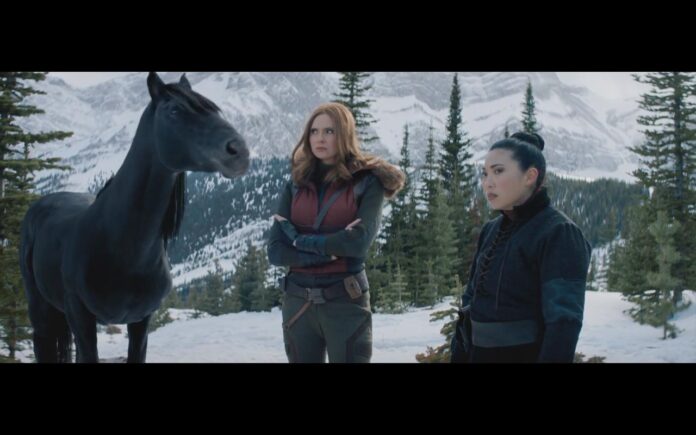 It may still be a couple of years before the next Jumanji sequel, but some of the old gang is getting back together early. Jumanji: The Next Level‘s Karen Gillan and Awkwafina are set to reteam on Shelly, an action-comedy described as Barry meets Mean Girls.

Deadline says Shelly centers on a woman who leaves town after a prom night prank, only to return a decade later as an ice-cold hitwoman. Good fortune smiles on Shelly when the next target is the mean girl who pranked her years earlier. Instead, they become friends and she is part of the cool crowd for the first time in her life.

Behind the camera will be Jude Weng, who has directed episodes of The Good Place, Black-ish, and recently wrapped the Netflix film Finding Ohana. The script is by Michael Doneger and Liz Storm.