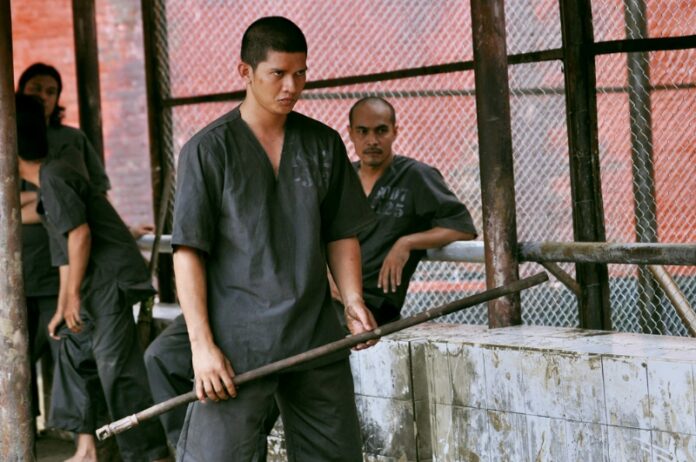 There’s nobody in the world who wants Gareth Evans to make The Raid 3 more than me. I’ve said more than a few times here that those films are the best pure action movies ever made, and I stick by that. Unfortunately, Evans has moved on to other things, but he spoke with Empire about what the plot of a sequel would’ve been. Actually, he gives away the entire thing.

Evans admits that fans of the first two films might’ve been unhappy with his idea for The Raid 3, primarily because it wouldn’t center on Iko Uwais’ character, Rama, who chose to walk away from violence at the end of The Raid 2…

“I couldn’t fathom of another fucking reason why he would put his life at risk and separate himself from his fucking wife and kid again. I was like, it can’t be about Rama,” Evans said.

So I would’ve been okay with that. The Raid 2 greatly expanded the scope of the movies so that Rama wasn’t the sole focus. Moving away from him in a sequel would’ve made some sense. If no Rama, where would the story have gone? Here’s the entire layout from start-to-finish…

“The story was going to go back in time to the moment in The Raid 2 when the Goto Gang, the Japanese gang, are having a meeting, and Goto tells his right-hand man to take care of it, wipe out every corrupt cop and politician that they have on the books and start fresh. The Raid 3 would begin with Rama coming out of that building after having killed everybody and saying ‘No, I’m done’. He walks away to [police officer] Bunawar, who’ll be waiting for him in his car, he gets in and drives away.

“And you stay with the Japanese gang, who are like, ‘What the fuck do we do now? Everyone’s dead, we’ve got no-one to kill.’ They get into their car, and as they’re driving along all of a sudden this other car rocks up alongside them and just blitzes them, and the cars crash. Goto, his son, and his right-hand man are the only remaining survivors from that attack, and it cuts to credits and says ‘The Raid 3.’

“Then it would jump back in time. The idea was that the right-hand man, after being told to kill off all the politicians and cops and wipe the clean slate, would call back to Tokyo to the big huge boss, and be like, ‘Goto’s going f–king nuts. This is fucking crazy, what do I do?’ The call from HQ is, ‘Keep him still, keep him close, we’ll send people to take care of it, and if you do that for us, you can take over his turf.’ The attack goes wrong – it’s a kill squad from Japan who have turned up and taken out the Gotos. Goto has no idea that this right-hand man has betrayed him and set him up for the ambush.

“They go off into hiding, all the way to the jungles of West Java. Goto arranges to meet up with this old mafia boss (played by Christine Hakim) who has trained killers in her jungle retreat. She’s providing protection for Goto because they go way back, she’s the one who introduced him to Jakarta in the first place. The idea is this Japanese kill squad that’s used to the streets of Tokyo suddenly have to deal with the terrain of a jungle-hunt, a bit like Predator in a way.

“Christine’s militia, these guerrilla kids, would be taking care of this Japanese intrusion on their land. I didn’t work out the whole thing, but at some point, Goto’s son would have got killed, he would have realized that it was the right-hand man who betrayed him all along, and they’d have some real gnarly tribal way of dealing with him. And Goto and this guerrilla gang of Indonesian killers would then go back to Tokyo in order to fucking take care of the people that ordered to kill him.”

Honestly, it doesn’t sound great, but we have to imagine the insanely brutal violence that Evans would’ve spruced it up with. No matter what, I still wish he would change his mind. Or start a new franchise with a similar style.