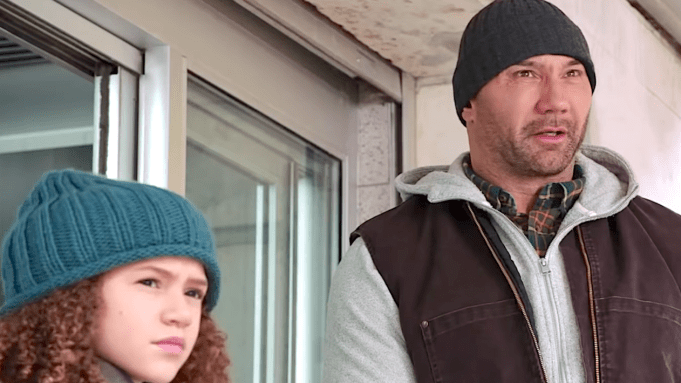 The Dave Bautista comedy My Spy was the last movie I saw in theaters before the coronavirus shut everything down. It was interesting because under the circumstances I think it was nice to just have an easy, inoffensive comedy. The film has had its share of troubles finding a release date over the last year, so that when it got delayed once again due to the pandemic, most of us didn’t think much about it. Well, now we know it’s getting a release, but theatrical won’t be in the cards.

Deadline reports Amazon Prime has picked up the distribution rights to My Spy from STX Entertainment, who had already released it internationally back in January and the UK in March. Amazon’s domestic plan is to skip theatrical and go straight to streaming on Amazon Prime, but a date hasn’t been established. Add this to a growing number of theatrical films headed exclusively to digital, such as The Lovebirds, Artemis Fowl, and Trolls World Tour.

My Spy stars Bautista as a violent CIA spy who gets in over his head when his cover is blown by the 9-year-old girl he’s been assigned to shadow. The film is directed by Peter Segal and stars Chloe Coleman, Kristen Schaal, Parisa Fitz-Henley, and Ken Jeong.