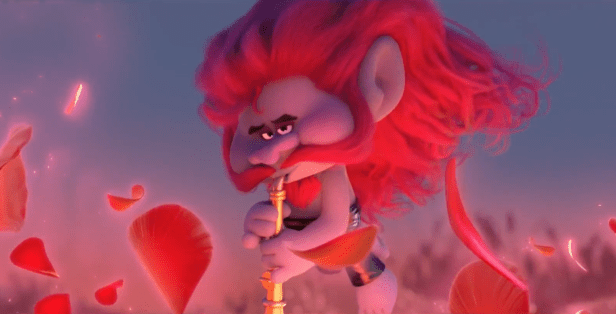 Universal’s boasts over the success of Trolls World Tour have had unexpected consequences. AMC Theaters has made the decision not to show Universal Pictures films, “effective immediately”, after “unacceptable” comments by NBCUniversal CEO Jeff Shell.

Earlier today, Universal excitedly revealed that Trolls World Tour, which they released straight-to-digital rather than theaters due to the pandemic, had earned $100M in only three weeks. Shell made it clear that going forward Universal movies would be released in “both formats”, theatrical and digitally. Considering NBCUniversal owns the new streaming service Peacock, new films could turn up there.

“It is disappointing to us, but Jeff’s comments as to Universal’s unilateral actions and intentions have left us with no choice,” AMC Theatres chair-CEO Adam Aron wrote (via THR). “Therefore, effectively immediately AMC will no longer play any Universal movies in any of our theatres in the United States, Europe or the Middle East.”

AMC is the largest theater chain in the country, and not having access to it would be a devastating loss to Universal. They’ve got some big movies on the way, such as Fast 9, which they expect to rake in $1B. That would seem impossible without access to AMC’s vast cinema locations.

Of course, AMC would be losing out on revenue, as well, but Aron stands firm in the decision they’ve made…

“This policy affects any and all Universal movies per se, goes into effect today and as our theaters reopen, and is not some hollow or ill-considered threat. Incidentally, this policy is not aimed solely at Universal out of pique or to be punitive in any way, it also extends to any movie maker who unilaterally abandons current windowing practices absent good faith negotiations between us, so that they as distributor and we as exhibitor both benefit and neither are hurt from such changes. Currently, with the press comment today, Universal is the only studio contemplating a wholesale change to the status quo. Hence, this immediate communication in response.”

He continued, “Universal’s unilateral pronouncements on this issue are unpalatable to us, as has always been the case, AMC is willing to sit down with Universal to discuss different windows strategies and different economic models between your company and ours. However, in the absence of such discussions, and an acceptable conclusion thereto, our decades of incredibly successful business activity together has sadly come to an end.”

This all boils down to Universal proclaiming a change in future distribution. If they had said nothing, AMC wouldn’t be taking this step. That’s also why you don’t see them making a similar move against Disney or Warner Bros., who have also released some of their big movies to digital outlets.