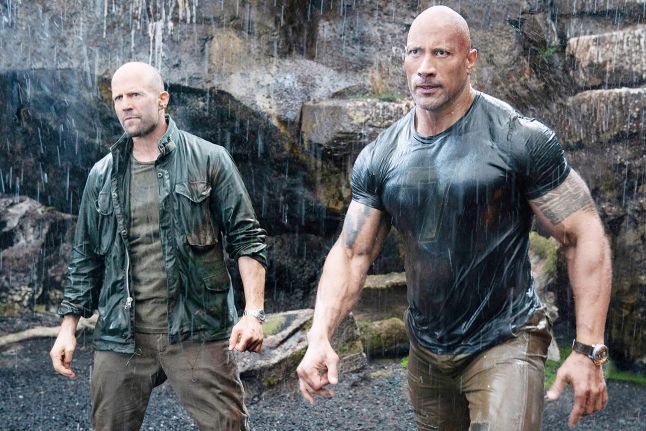 The superheroic combination of Dwayne Johnson and Jason Statham didn’t quite lead to the superheroic box office for Hobbs & Shaw many expected. The $760M it did earn was more than enough to have fans of the Fast & Furious spinoff expecting a sequel, and now it appears to be officially in the works.

Dwayne Johnson revealed during an Instagram Q&A (I guess everybody is doing these now while stuck indoors?) that Hobbs & Shaw 2 is in development. He couldn’t reveal much beyond that, of course…

“We are developing now the next film, the next [‘Hobbs & Shaw’] movie, and I’m pretty excited about it. [We] just gotta figure out the creative right now, and the direction we’re going to go.”

The first movie gave us the dream match of Johnson and Statham vs. a cyborg Idris Elba, with cameos by Kevin Hart and Ryan Reynolds. Who can we expect to show up in the next one? The previous director David Leitch mentioned Keanu Reeves nearly had a role. Might he finally come through for the next one? Would any of us care what the story is if he does?

With F9 being pushed back to 2021, who knows where Hobbs & Shaw 2 will fit into the franchise?  Seems like we’ve got a long wait ahead.