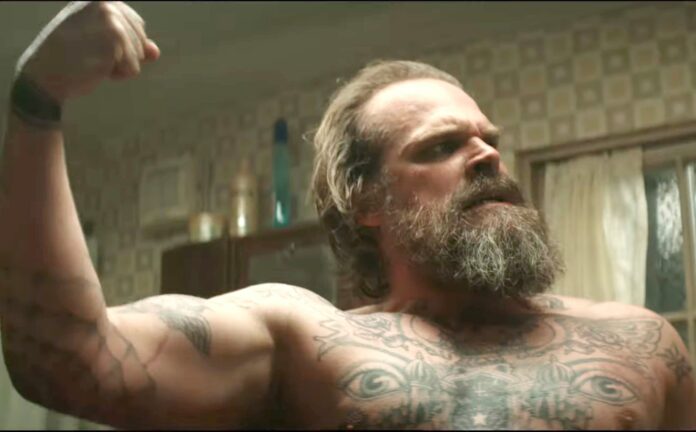 David Harbour wasn’t always an actor sought after for interviews, but now the Stranger Things and Hellboy star can’t keep his mouth shut. Lately, he’s talked about the latter film and blamed fans for its failure, saying they unfairly compared it to Marvel. The irony is that he’s also been chatting up his upcoming Marvel film, Black Widow, and what he wishes would happen with it now that theaters are shut down due to the coronavirus.

Answering questions during an Instgaram Q&A, Harbour gives his opinion about Black Widow and whether it should go straight-to-streaming. This, obviously, will not happen…

“My publisher also sent me an email saying ‘Black Widow’ had been postponed and I think I replied ‘shocker’. Wouldn’t it be fun if we all could just stream it? But that’s above my pay grade.”

I mean, wouldn’t it be easier? Absolutely. But Disney would be insane to pass up on the potential $1B payday Black Widow is likely to get in theaters. There aren’t enough Disney+ subscriptions out there to make up for that kind of lost money.

Harbour’s words don’t mean Disney is even considering this option, by the way. That SHOULD go without saying, but I’m sure there’s a site out there making more of this than it is, and that means a certain segment of fans will, too. Oh yeah, here’s one now. Ugh. It’s just a glimpse into Harbour’s view on the Black Widow situation. That’s all.