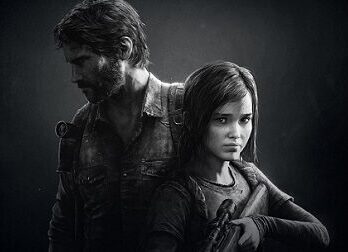 Playstation and Naughty Dog’s The Last of Us, is finally getting its adaption.  One of the highest selling game of all time centers on a fungus-induced zombie-esque apocalypse where the world has gone to chaos due to a viral infection.  The 2013 video game was downright cinematic in his storyline as smuggler Joel is tasked with sneaking 14-year-old Ellie out of a quarantine zone as she may be the key to immunity and survival from the plague that turns everyone into mindless monsters, and of course, there are human monsters to contend with as well.  As everyone played the almost 12-hour long game, one wondered, “wouldn’t this make a great movie?”

Sony has been trying to get a The Last of Us film adaption off the ground for quite some time.  Even Sam Rami was involved at one point.  Many fans of the games have been wondering if this movie will ever get made.  Well, it looks like, no, but we get something better.  According to THR, HBO will adapt The Last of Us as a series.  Craig Mazin, creator, and producer of the Emmy-winning Chernobyl series is working with Neil Druckmann (the actual writer and creative director of the game, isn’t it a great idea to have a person like that involved?) Both will write and produce the HBO adaptation of the popular game.

“Neil Druckmann is without question the finest storyteller working in the video game medium, and The Last of Us is his magnum opus.  Getting a chance to adapt this breathtaking work of art has been a dream of mine for years, and I’m so honored to do it in partnership with Neil” said Mazin.

The series will also be produced under Sony’s Playstation Productions studio, which is also producing another Naughty Dog game Uncharted, due to come out in 2021 as well as a Twisted Metal TV series adaptation.  It looks like the age of good video game adaptations is upon us.

Now, who is gonna play Joel and Ellie?  Perhaps Game of Thrones vet Massie Williams (who was rumored back when it was a movie) for Ellie?  With it being HBO, she could fit right in.