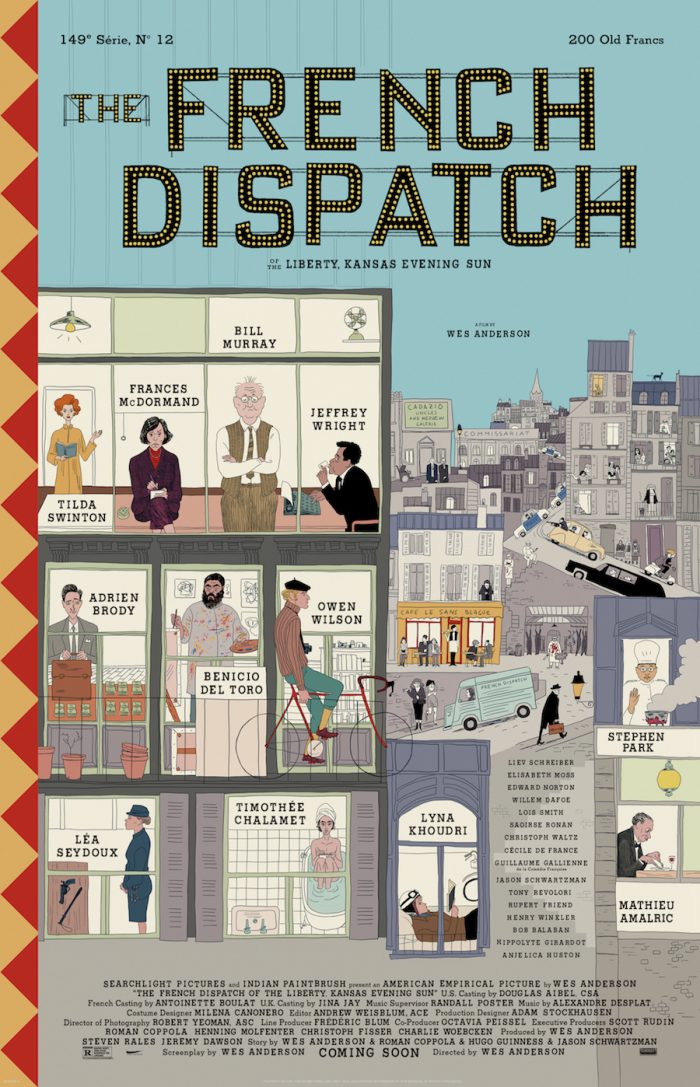 You had to know that with a title of The French Dispatch and a story centered on the lives of those at a European newspaper, Wes Anderson was going to create images worthy of a splash page. The new poster for Anderson’s latest has arrived a day before the trailer debuts, and it features the starry cast as animated versions of themselves.

The poster for The French Dispatch looks like a colorful insert in a newspaper, only given Anderson’s trademark whimsical touch. Featured are Timothee Chalamet, Bill Murray, Tilda Swinton, Owen Wilson, Lea Seydoux, Mathieu Amalric, Stephen Park, Adrien Brody, Benicio Del Toro, Jeffrey Wright, Lyna Khoudri, and Frances McDormand, all occupying rooms in a tiny French apartment building. Each image teases one of the many stories that will make up the film. Of particular note is Seydoux’s, seems to have her dressed as a cop, standing near a gun and a police baton.

Anderson’s pulled together so many for this one that some of the biggest names can’t even be included. Recent Oscar nominee Saoirse Ronan, Elisabeth Moss, Liev Schreiber, Willem Dafoe, Jason Schwartzman, Christoph Waltz, and more are left out, perhaps appearing on a future poster?

SYNOPSIS: THE FRENCH DISPATCH brings to life a collection of stories from the final issue of an American magazine published in a fictional 20th-century French city.

Wes Anderson Might Be Starting Yet Another New Project This December