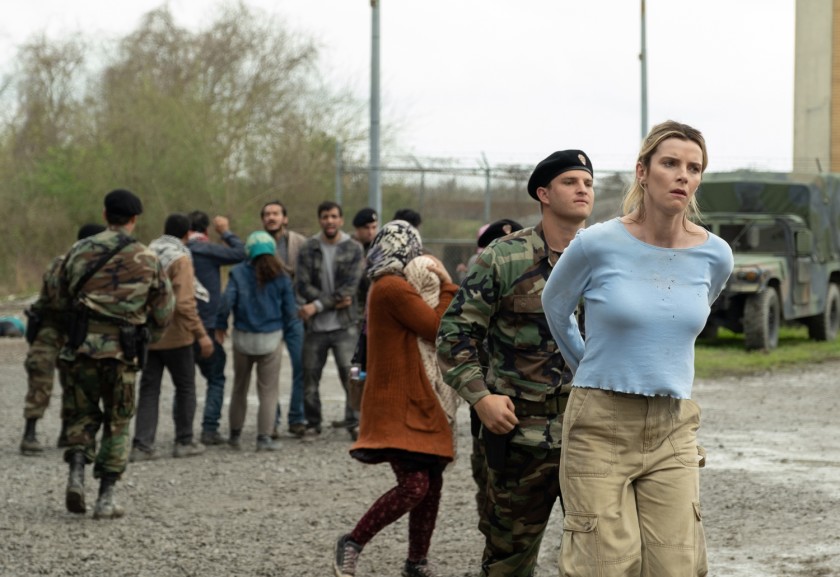 In the light of Joker‘s recent awards success despite initial concerns it may incite violence (it didn’t), the controversy surrounding The Hunt has been ludicrous. You may recall, the film became a target last year for its plot about a group of elites who hunt down ordinary people for sport. A mass shooting, an incendiary tweet from the orange dude in the White House, and concerns the story was about killing right-wing “deplorables” led Universal to pull the action flick’s September 2019 release entirely. I think we all knew it would see the light of day eventually, and now we know when.

Just looking at this trailer it’s clear what’s changed. While I don’t believe any alterations were made to the movie itself, the marketing gimmick has definitely shifted, giving the movie a more satirical vibe than what we saw before. Will that stop the wackos from pretending to be offended? From playing the victim? Of course not, but I’m just happy the movie is finally being made available so the rest of us can decide for ourselves.

SYNOPSIS: The most talked about movie of the year is the one nobody has seen … yet.


In the shadow of a dark internet conspiracy theory, a group of elites gathers for the very first time at a remote Manor House to hunt ordinary Americans for sport. But the elites’ master plan is about to be derailed because one of The Hunted, Crystal (Betty Gilpin, GLOW), knows The Hunters’ game better than they do. She turns the tables on the killers, picking them off, one by one, as she makes her way toward the mysterious woman (two-time Oscar® winner Hilary Swank) at the center of it all.