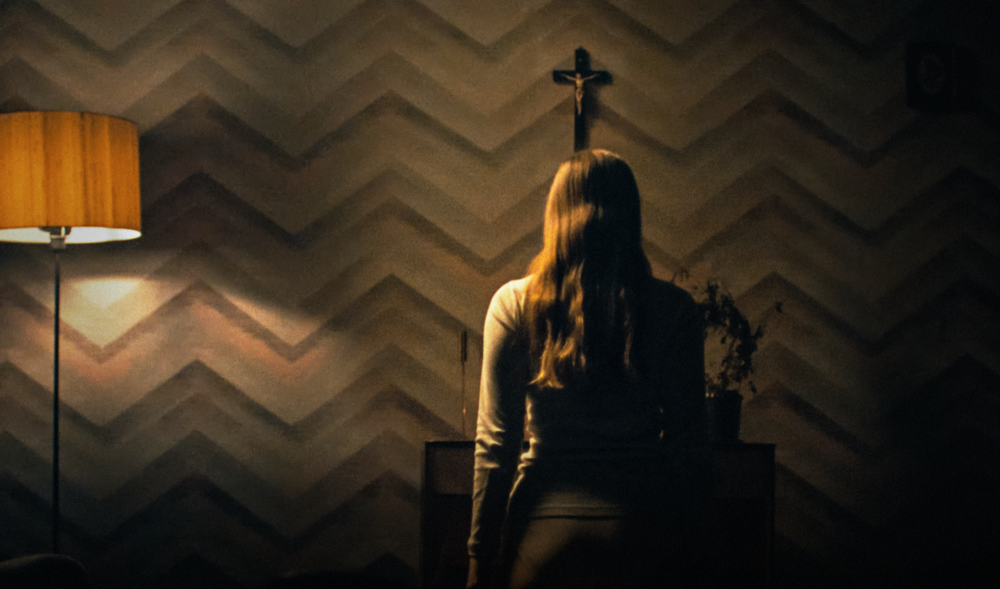 For us non-religious folk, a day like Ash Wednesday could easily slip by without us knowing, unless we run into someone with an ashy cross-shaped mark on their forehead. But A24 isn’t one to miss a trick, and have used today as the perfect time to drop the trailer for their Roman Catholic horror, Saint Maud.

Starring Morfydd Clark (of Amazon’s Lord of the Rings series) and Jennifer Ehle, the film centers on a trouble Roman Catholic hospice nurse who fears she has been possessed by a demonic force as she becomes infatuated with an ailing ex-dancer. The film marks the directorial debut of Rose Glass, who was mentioned by Parasite director Bong Joon-ho as a filmmaker to watch.

SYNOPSIS: The debut film from writer-director Rose Glass, Saint Maud is a chilling and boldly original vision of faith, madness, and salvation in a fallen world. Maud, a newly devout hospice nurse, becomes obsessed with saving her dying patient’s soul — but sinister forces, and her own sinful past, threaten to put an end to her holy calling.


St. Maud hits theaters on April 3rd, and given the success A24 has had with Hereditary, Midsommar, The Lighthouse, The Witch, and others, you might want to mark down that date.