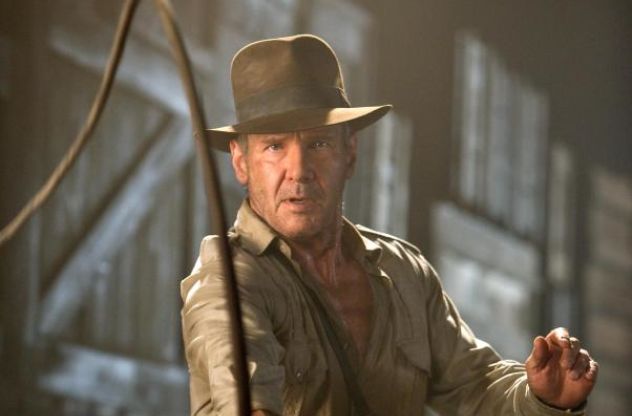 At some point, somebody’s going to have to make a decision about the future of Indiana Jones. For now, Lucasfilm is content to give Harrison Ford one more crack at the whip. While on the BAFTAs red carpet, Lucasfilm’s Kathleen Kennedy confirmed Indiana Jones 5 will not be a reboot, and development on the long-awaited sequel is moving right along, albeit slowly…

“We’re working away, getting the script where we want it to be and then we’ll be ready to go,” Kennedy told BBC. “Harrison Ford will be involved, yeah. It’s not a reboot; it’s a continuation. He can’t wait. He absolutely is [up for it.]”

At Ford’s age he can’t afford to wait long for anything. Assuming the film hits the July 9th 2021 release date, Ford will be on the verge of his 79th birthday. How much rope swinging and swashbuckling can be in his future, really?

If plans had stayed on course for a 2019 release date we’d probably be talking about who will take over the role after Ford. That’s not to say this next movie will see him passing the torch, but something will have to be done at some point soon, right?  It’s unclear what screenwriter David Koepp, Lucasfilm, and director Steven Spielberg have in store. All we know is there’s been a real struggle to nail down the script. This is Koepp’s second go’round, with Dan Fogelman and Jon Kasdan, giving it a shot before he returned.

At one point it was rumored Koepp would be continuing his story from 2008’s Kingdom of the Crystal Skull, a film that continues to be a sore spot with fans. Given the way that was received, not only would it be a terrible idea for fans, but for possibly finishing off Ford’s run as the character.