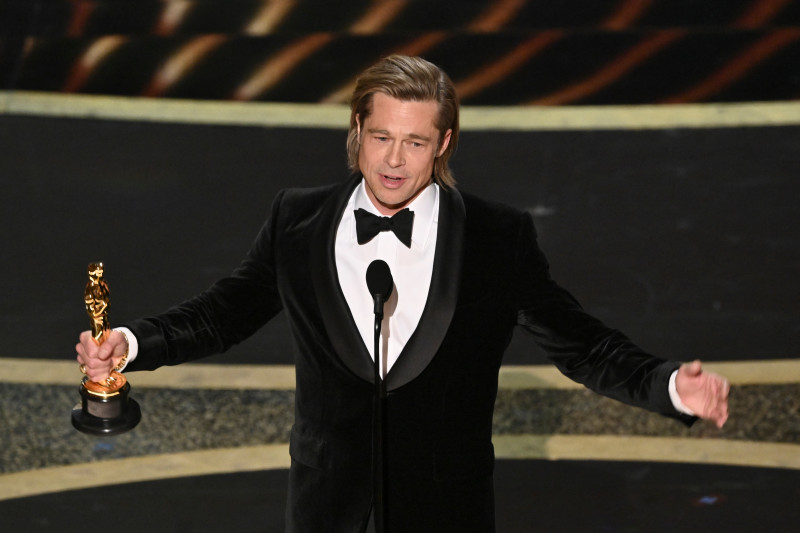 So you didn’t want to stay up all night to watch Hollywood pat itself on the back at the 92nd Academy Awards? I feel ya. If I wasn’t up hosting an Oscars party I probably wouldn’t, either. But you still missed some cool moments, some funny stuff, some poignancy, and yeah, it felt like a true celebration of the best cinema had to offer for the year of 2019. Sometimes the show ends and it feels like it went out with a whimper, but not last night. Everything built up to a wonderful payoff at the end with Parasite‘s surprising win for Best Picture.

So I rounded up a few video highlights from the evening, beginning with Janelle Monae’s kinetic and weird opening number, featuring dancers dressed as figures from some of the prominent contenders and others who were snubbed, like Dolemite is My Name. She also talked about celebrating female filmmakers which the Academy definitely did NOT do this year.

We also have the dynamic duos who came out and stole the show, making us wish the Academy had just let them host the entire evening. It started with Chris Rock and Steve Martin, followed by Maya Rudolph and Kristen Wiig, and then Will Ferrell and his Downhill co-star Julia Louis-Dreyfus.

Some are acting all confused by the arrival of Eminem for a performance of “Lose Yourself”, but I would say he gave the show an energy boost when it needed it most. That joint was fire, and so are all of the videos of stunned celebrity reactions.

We included Brad Pitt’s wonderfully hip and humble acceptance speech for Once Upon a Time in Hollywood (“Once Upon a Time in Hollywood. Ain’t that the truth.”). Joaquin Phoenix’s overlong sorta rambling speech for his Joker victory, Bong Joon-ho’s win for Best Director and Parasite’s victory in Best Picture are also included. Billy Eilish’s soulful In Memoriam segment is included, as well as Taika Waititi’s nervous speech following Jojo Rabbit‘s win for Best Adapted Screenplay, making him the first Maori to win an Oscar. Pretty cool. Idina Menzel led an international contingent of Elsas for a rendition of “Into the Unknown’ that I think sounded great on paper, but was clunky in execution. They ruined Rebel Wilson for me by having her come out as her Cats character, alongside James Corden. Cut for time was Renee Zellweger’s never-ending speech following her Best Actress win for Judy. I think she’s still speaking, actually.

Nah, it’s there, too.  Check out all of the videos below.

Eminem just made the stage on fire? #Oscars pic.twitter.com/VuXzOJNIIZ