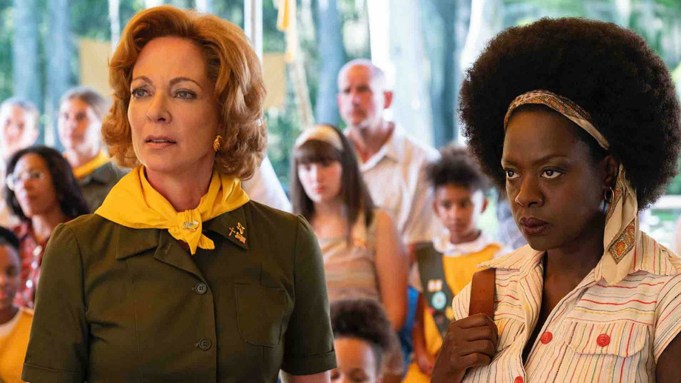 *NOTE: This is a reprint of my review from the 2018 Sundance Film Festival*

I don’t know what I was expecting from the quirky underdog story Troop Zero, but this wasn’t it. Perhaps I was swayed, like so many probably were, by the presence of Viola Davis and Allison Janney in the cast, along with the film’s recent purchase by Amazon. So there are all sorts of acting cred there that suggests something more than just another movie about misfit kids, but that’s pretty much all this movie is without much in the way of originality.

While hardly a terrible movie, Troop Zero rarely seems to be dealing with real people, rather cartoon caricatures. The irony is McKenna Grace’s space cadet of a protagonist, Christmas Flint (seriously that’s her name), who declares herself to the extraterrestrials she’s obsessed with, ” I’m Christmas Flint. Human female.”  Well, yeah, sorta. Set in the southern-fried town of Wimbly, GA in 1977, the film centers on Christmas, who recently lost her mother and now spends her days dreaming about outer space while her loser-lawyer of a father (Jim Gaffigan) struggles to keep her out of trouble. When the town’s Birdie scout troop is offered by some NASA rep a chance to be included in a recording being sent up to space, Christmas assembles a squad of outsiders to defeat the prissy troop led by mean ol’ Principal Massey (Janney). 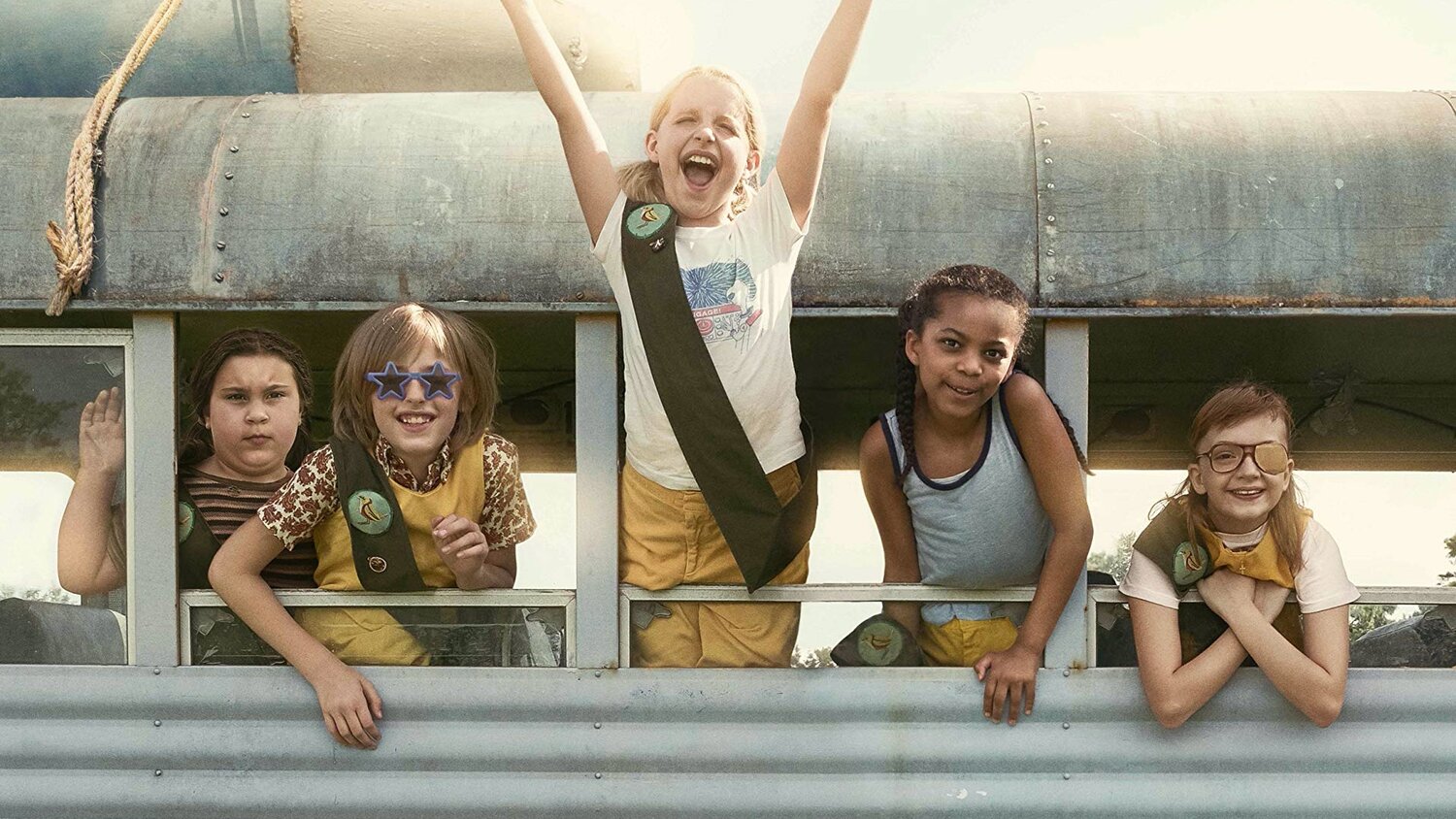 Adding some much-needed heft and a balance to all that sugar is Davis as Rayleen, the cynical paralegal to Christmas’ daddy. She has no interest in hanging around a bunch of kids, but she wouldn’t mind getting even with old rival Massey. The film swings unevenly between Christmas’ misadventures earning Birdie merit badges and the gritty real-life problems people in this poor town are facing. One moment we’re meant to laugh as Anne-Claire vomits while trying to sell cookies, the next Rayleen is lamenting past legal problems, relationship woes, and the direction of her life. At the same time, we’re also meant to feel Christmas’ grief, recognizing that her need to send a message to outer space is more than just some silly fascination. 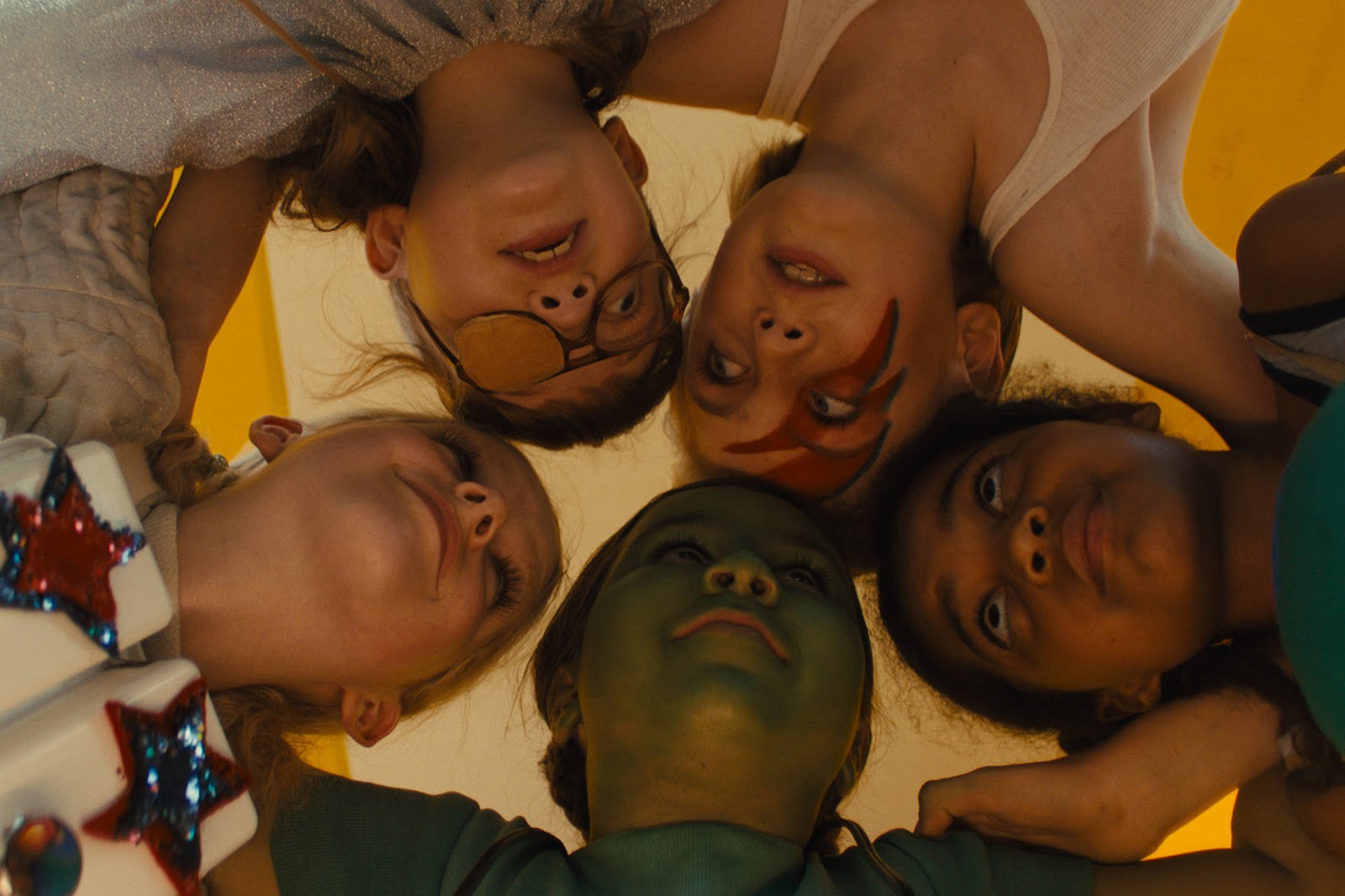 The movie’s best moments are when directing duo Bert & Bertie, along with Beasts of the Southern Wild co-writer Lucy Alibar, slow things down and get real. Davis and Grace have more than their share of touching scenes as Christmas looks towards the reluctant Rayleen as a surrogate mother figure. Janney is hamming it up in a way similar to her drawlsy performance in Drop Dead Gorgeous, while Gaffigan shows unexpected sensitivity that pays off in the end, following a big concert number resembling something out of Revenge of the Nerds.

Troop Zero will act as comfort food to anyone looking for something cute and well-meaning to digest, but it doesn’t say anything that will reverberate very far, and certainly not into the stars.