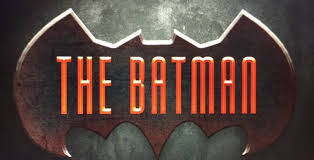 It certainly feels like a long time coming, but alas, the day has finally come. Today, Matt Reeves, who has previously helmed successful features such as 2008’s Cloverfield and 2017’s War for the Planet of the Apes, has officially announced via his Twitter account that filming has commenced on his latest project The Batman.

The upcoming film, which is set outside the DC Extended Universe (DCEU), and a reboot of the ‘Batman’ film series, has been in the works for an extremely long time. There was once a point in time in which Ben Affleck, star of Batman v Superman: Dawn of Justice and Justice League was not only scheduled to reprise his role as the Caped Crusader, but he was set to direct the feature as well. But a lot has happened over the course of a few years, with the project falling in the hands of various people, but it was finally confirmed that Reeves would ultimately helm the film in 2017.

Then, it was announced in 2019 that actor Robert Pattinson would be the newest actor to play Bruce Wayne / Batman, which definitely got a lot of people talking. Even though we still don’t know what Pattinson’s Batsuit looks like, we do know that the film is going to center on Batman’s detective skills.