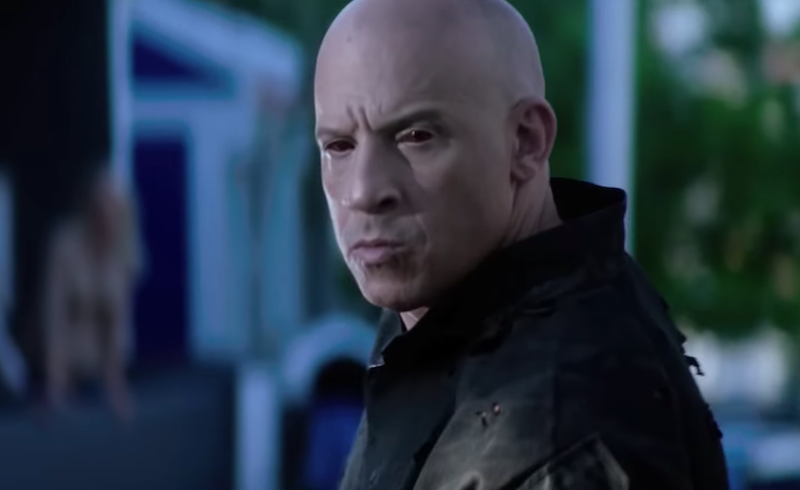 Much like with the Morbius trailer released yesterday, the challenge for Sony’s Bloodshot isn’t whether the movie is any good or not. It’s convincing audiences to take a crack at a comic book character they may not know anything about, and the way they’re going about that is by banking on the star power, big muscles, and bald head of Vin Diesel.

The first trailer for Bloodshot looked pretty generic, and I’m not sure this new one changes things. Based on the popular Valiant Comics series, the film stars Diesel as a super-soldier built on nanotechnology that gives him amazing powers, but also turns him into an easily-controlled killing machine. If you guessed he has no memory of his past, you’d be right! Lots of amnesia going around with these unstoppable cyborg types.

Sony has been keen on launching this movie as a franchise for a while, and at one point even had Jared Leto, who is now playing Morbius for them, as their lead actor. That fell through, obviously, and now Diesel’s the guy. He’s joined by Eiza Gonzalez, Sam Heughan, Toby Kebbell, Guy Pearce, Lamorne Morris, Jóhannes Haukur Jóhannesson, and Talulah Riley. David Wilson makes his directorial debut from a script by Jeff Wadlow (Kick-Ass 2) and Eric Heisserer (Arrival), so maybe this is better than it appears to be?

SYNOPSIS: After he and his wife are murdered, Marine Ray Garrison (Vin Diesel) is resurrected by a secret team of scientists. Enhanced with nanotechnology, he becomes a superhuman, biotech killing machine – Bloodshot. As Ray first trains with fellow super-soldiers, he cannot recall anything from his former life. But when his memories flood back and he remembers the man that killed both him and his wife, he breaks out of the facility hellbent on revenge, only to discover that there’s more to the conspiracy than he originally thought.