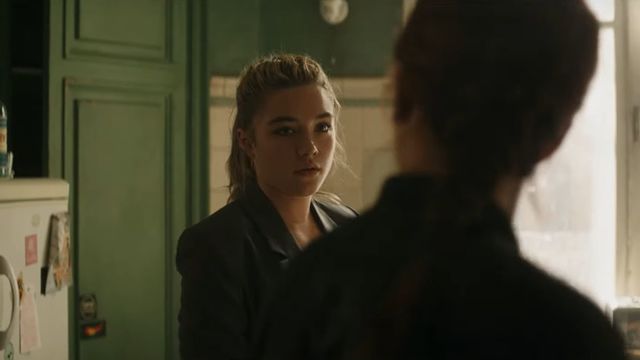 The events of Black Widow take place prior to Avengers: Infinity War and the character’s sacrifice in Avengers: Endgame, and I think it’s safe to say will have an influence on the choices she makes. Because of this, speculation has been that Scarlett Johansson’s Natasha Romonov may be passing the torch to Yelena Belova (Florence Pugh), her “sister” who is a Black Widow in her own right.

Pugh addressed this question to Uproxx, and she doesn’t see Yelena as picking up the mantle…

“No, I actually will say when we were making it, it wasn’t anything like that at all. And I am saying it very honestly, it certainly didn’t feel like a passing of the torch kind of film when we were making it. And I think the direction and the feeling and the vibe behind it was genuinely just trying to make this complicated and painful story. And do it justice because a lot of fans have been waiting for her film. And also a lot of people I think will appreciate this story.”


That may not be the intention of this particular movie, which rightfully should focus on Natasha. However, you can bet Marvel has long-term plans for Pugh in the role, whether that’s as an Avenger or as member of the Thunderbolts.