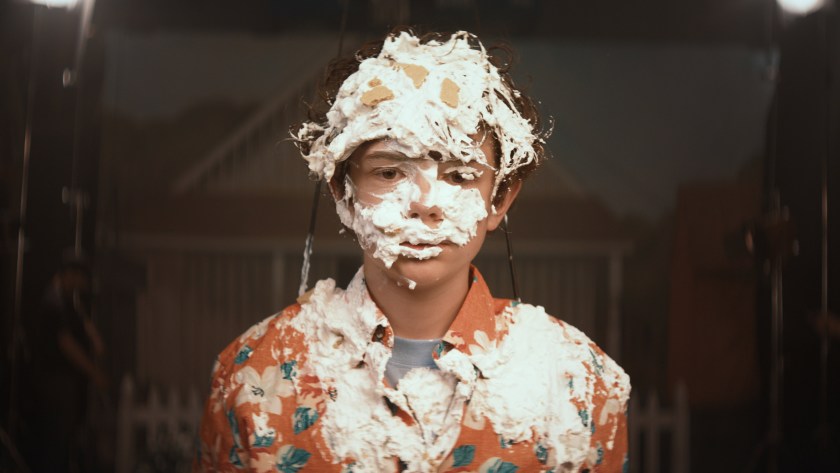 (NOTE: This is a reprint of my review from the Sundance Film Festival.)

Trust me, I understand if the idea of Shia LaBeouf making a movie about his own troubled childhood reeks of some woe-is-me bullshit, an attempt to pass the buck for the problems he’s created for himself. I certainly expected Honey Boy to be that, especially with the gimmicky plan for LaBeouf to play his own father, the source of so much of his grief. But you’ll be surprised to learn that the film is actually quite thoughtful in its exploration of a child actor’s problematic upbringing at the hands of an abusive parent, and that upbringing’s long-lasting impact.

In this slightly fictionalized account, the LaBeouf character is named Otis and right from the start we are given a literal crash course on the wreckage of his life. A swift, thundering montage by first-time narrative director Alma Ha’Rel begins in 2005 as Otis (played by the ubiquitous Lucas Hedges at this stage) goes from explosive movie set (resembling Transformers, maybe?) to random hookups to drinking, drugs, and finally a car crash that lands him in police custody. Cut ten years earlier and a younger Otis (now played by A Quiet Place‘s Noah Jupe) is taking a creme pie shot to the face for a role he’s shooting in some kids’ show, resembling Disney’s Even Stevens which LaBeouf was a star of. 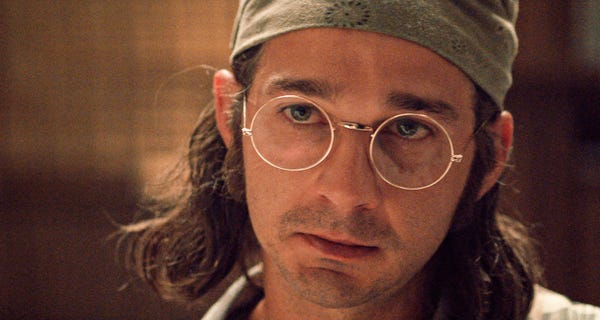 The flashbacks are inspired by older Otis’ therapy sessions at a rehab for repeat offenders, where he’s been diagnosed with PTSD. Confused about the diagnosis, and wondering how someone like him could have suffered such a trauma, Otis recalls the rocky upbringing by his unstable father James (played with flourish by LaBeouf), a military vet, sex offender, alcoholic, drug abuser, and basically a deadbeat only around because he’s getting paid to be his son’s chaperone. Living together in a shitty rundown motel, Otis and James tangle often, mostly over the uneven power dynamic between them, along with James’ feelings of inadequacy and jealousy towards his son.

While obviously a very personal story for LaBeouf, and getting all of this stuff out on paper must’ve been painful and I hope very cleansing, there’s a lot here that has been done in other movies. We expect James’ humiliation of his son, the occasional bursts of violence on set, relapses, and even abandonment. Meanwhile, the older Otis lashes out at his therapists (played by Laura San Giacomo and Martin Starr) in much the same way James would at stagehands and producers. 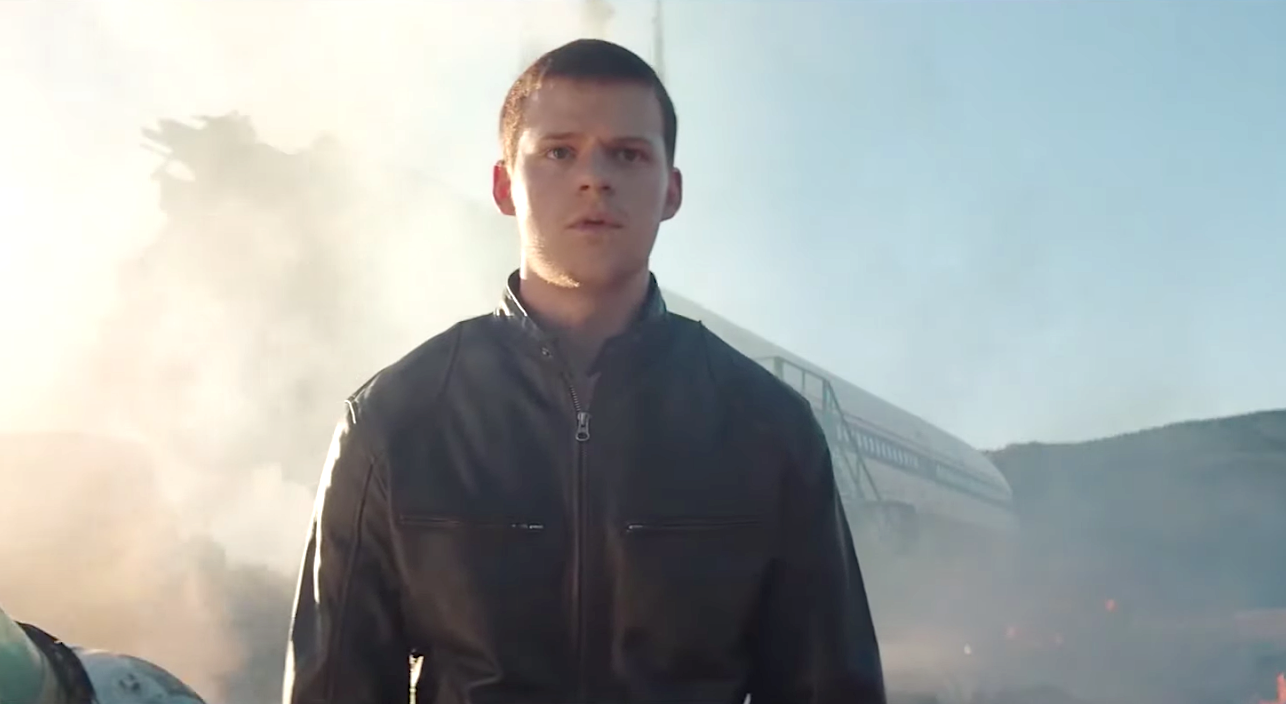 In what must’ve been a wild experience for LaBeouf, he plays his own father and breathes into him the frailty that makes him more than just some cruel Mommie Dearest figure. It takes a while to get over the awkward southern accident, thinning hair, and noticeable gut, but once LaBeouf hits a groove he’s absolutely magical. LaBeouf is such an amazing talent that you wish all of the outside stuff would just vanish and he could focus on the work because when he does he’s great. It seems as if he’s getting things back together; some of the finest performances of his career have come recently in American Honey, Borg/McEnroe, and now in Honey Boy.  Jupe, who has always shown incredible maturity for an actor so young, may have the toughest role of all capturing Otis’ confidence, strength, and simple yearning to have a father who cares for him.

When Honey Boy sticks to its biggest guns, which is Otis and James’ chaotic relationship, the film pulls you in so that you forget this is LaBeouf’s story. But when LaBeouf ventures elsewhere he’s a less assured screenwriter. A strange subplot between Otis and a young motel prostitute ventures on some unnecessarily sexual territory, and I never quite bought into older Otis’ combative therapy sessions which include scooping chicken poop, giving self-hugs, and screaming in the wilderness. Honey Boy would’ve been better served with a narrower focus on Otis and James as that is the most illuminating aspect by far. However, those issues don’t take away from what is a genuine accomplishment by LaBeouf. It’s worth recognizing that he has mostly stayed out of the limelight and focused on working with some of the best auteurs around, and it has been paying off. Hopefully, people will see this as a continuation of LaBeouf’s evolution into the serious actor he always had the potential to be, and not just some publicity stunt.