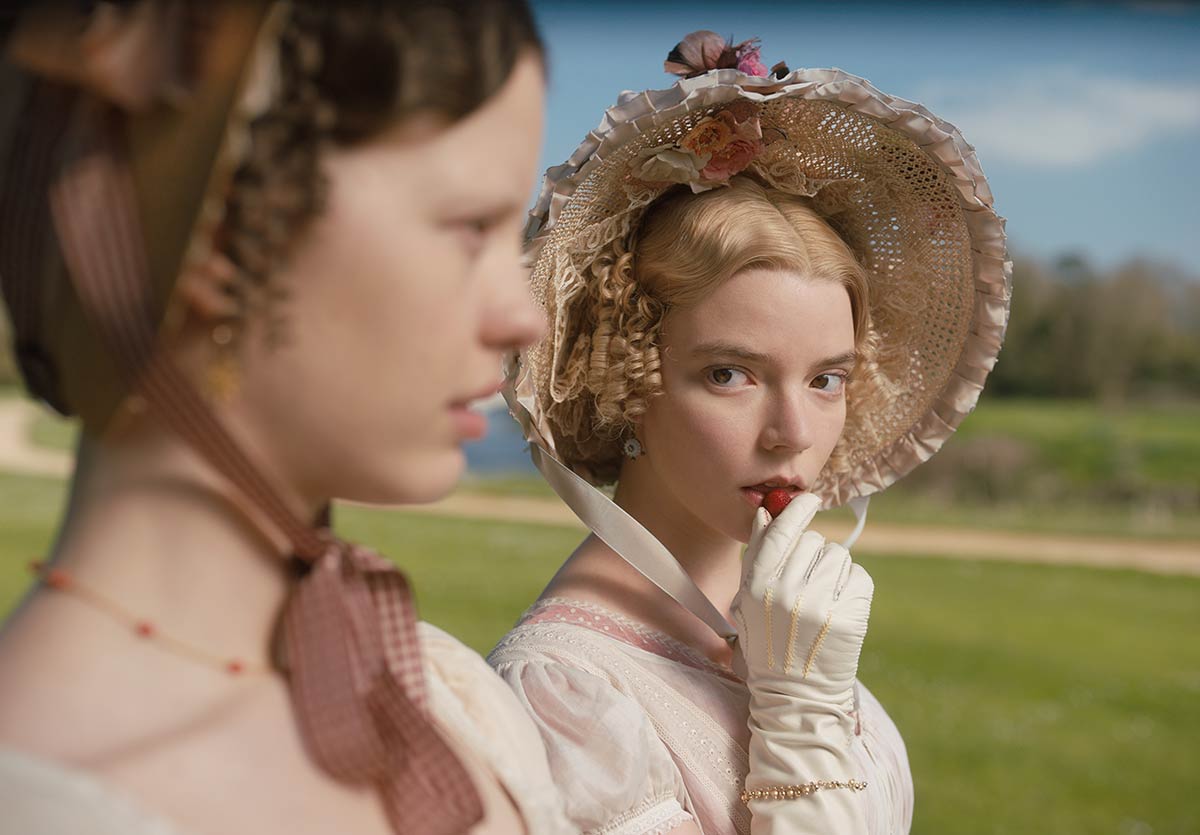 The trick for any modern Jane Austen adaptation is to make them feel current without losing the period values that made them so popular. Jane Austen’s comic novel Emma is a popular choice to be adapted, most notably with the 1995 high school comedy classic Clueless and the 1996 film starring Gwyneth Paltrow. Now a new version led by The Witch star Anya Taylor-Joy looks to hit the same witty sweetspot as last year’s acclaimed comedy, The Favourite.

Emma stars Taylor-Joy as Austen’s titular rambunctious heroine, in a bold new adaptation by first-time feature director Autumn de Wilde. Wilde has largely worked on music videos and indie rock photography, bringing some of that rock star edge which could help separate this version from the many that came before it.

SYNOPSIS: Jane Austen’s beloved comedy about finding your equal and earning your happy ending, is reimagined in this delicious new film adaptation of EMMA. Handsome, clever, and rich, Emma Woodhouse is a restless queen bee without rivals in her sleepy little town. In this glittering satire of social class and the pain of growing up, Emma must adventure through misguided matches and romantic missteps to find the love that has been there all along.