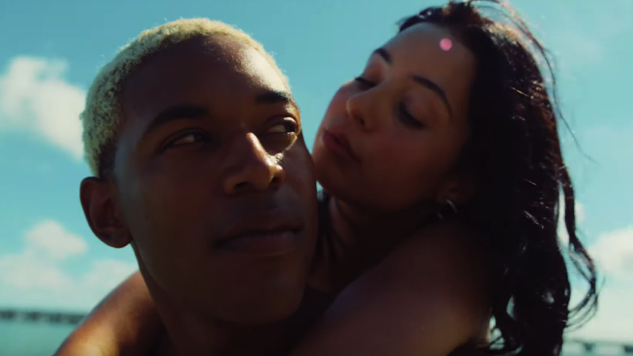 To put it mildly, rising star filmmaker Trey Edward Shults is attempting a lot with Waves. The sprawling family drama encompasses a multitude of themes, but is rooted in tragedy and pain, which are teased in a blur of ominous, kaleidoscopic images that increase in intensity. Even the opening moments, a whirl of energy and life from inside an SUV, music booming, racing down the highway without a care in the world, feels like a portent of doom.

The first hour of Waves, Shults’ followup to the breakout indie Krisha and atmospheric horror It Comes at Night, is a pressure-cooker unlike anything I’ve seen this year. At its core, the film centers on an African-American family in South Florida, as they cope with the burden, the expectations that come with being black and successful in the 21st century. The phenomenal Kelvin Harrison Jr. stars as the son, Tyler, a high school wrestling champion who has everything. He’s got a stable family, led by demanding patriarch and self-made-man Ronald (Sterling K. Brown, Oscars-bound) and caring stepmother Catherine (Renée Elise Goldsberry). His sister Emily (Taylor Russell) is  lost in the flamboyant Tyler’s shadow. The boy isn’t given a break, or allowed even a moment to slip up. His father controls nearly every facet of his life, pressuring Tyler to always be the best. The only break Tyler gets is with Alexis (Alexis Demie), the woman he adores and refers to as “goddess.” 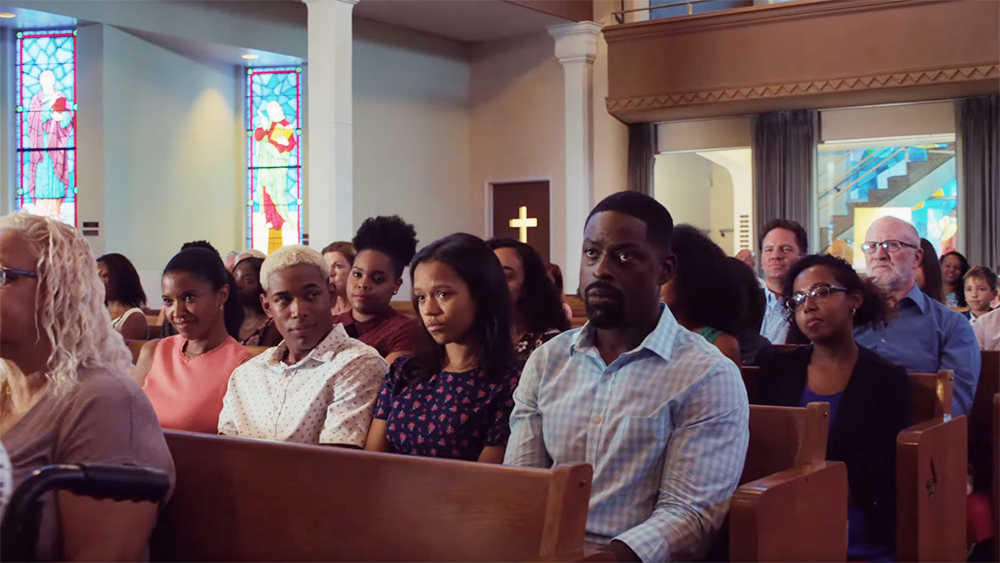 We know from experience that this seemingly idyllic life cannot last, and while the turns it takes are expected and even familiar in some ways, Shults employs a dynamic visual aesthetic that captures the roller coaster of emotions. As Tyler begins to crack under the enormous stress he’s under, Shults and cinematographer Drew Daniels’ swooping, energetic camera begins to take on a more menacing tone, edging into psycho-thriller territory. Employing police sirens and the shimmering effect of water spray as light sources, Shults creates an effect that is disorienting and captivating. Honest, authentic depictions of well-off black families are painfully rare anyway, which makes Waves even more special that it’s done with such visual flair.

The tension keeps mounting until Tyler’s life becomes untenable, and a desperate act leads to tragedy that tears his family apart. Shults’ ambition exceeds his grasp in a drastic switching of gears that sets Emily as the focus. Lucas Hedges, who is introduced in a blind-and-you’ll-miss-it moment early on, gets an expanded role as her awkward boyfriend Luke, who helps Emily cope with the aforementioned tragedy. It’s an unfortunate miscalculation to take us away from the family’s grief and put so much of it onto Luke and his own family turmoil.  The disconnect is too great, and that’s not a knock on Russell or Hedges who carry their half of the film with maturity beyond their years. But at the time of this huge transition we have been through so much with this family that it feels like a cheat to not show their grief, their happiness, however they deal with the pain they’re carrying. If the movie’s first act is an in-your-face statement, the second is a gentle but fleeting hug.  An electric score from Atticus Ross and Trent Reznor keeps the pace going and adds to the overall soulfulness of the film. 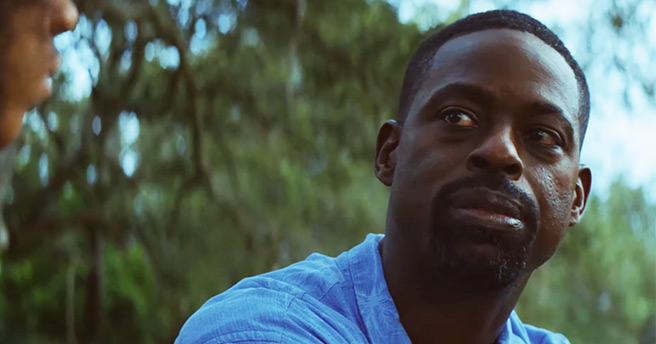 At this point it’s become a given that Shults inspires the best from his actors. His movies are tough and demanding, asking a lot from the cast and yet they always deliver. This entire ensemble is worthy of accolades but for Harrison Jr. this is the cap to what has been a tremendous year. All roads to the Oscars may have to pass through Sterling K. Brown, though. While his role could have been bigger, his presence looms large and he commands when on the screen, culminating in an emotional breakdown that is just devastating.

Waves is a courageous, bold, and multifaceted examination of a family in search of the forgiveness they need to get through the storm. There’s no question of Shults’ ability as a director to paint evocative images and tell compelling, relevant stories from a fresh perspective. That it all doesn’t come together perfectly hopefully won’t stop him from continually upping his game and taking risks.