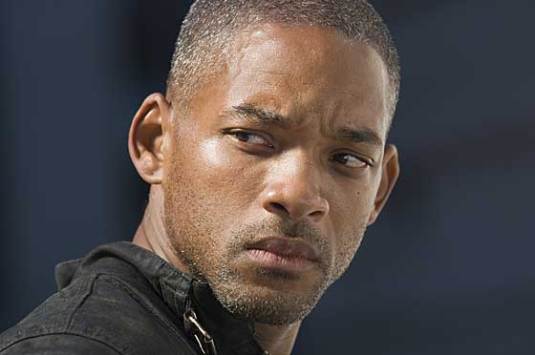 There’s a lot of backstory to Will Smith’s casting in the sci-fi thriller adaptation. A project he was attached to in 2014 when it was at Universal/Legendary, Smith dropped out to take on an awards-worthy role in Concussion. Now as the film has been acquired by Paramount, Smith has returned and will reteam with I Am Legend writer Akiva Goldsman.

Deadline confirms that Smith has returned to Brilliance, an adaptation of the Marcus Sakey trilogy of novels set in a world where 1% of the population are born with incredible abilities and are hunted by a federal agent with superpowers of his own:

SYNOPSIS: In Wyoming, a little girl reads people’s darkest secrets by the way they fold their arms. In New York, a man sensing patterns in the stock market racks up $300 billion. In Chicago, a woman can go invisible by being where no one is looking. They’re called “brilliants,” and since 1980, one percent of people have been born this way. Nick Cooper is among them; a federal agent, Cooper has gifts rendering him exceptional at hunting terrorists. His latest target may be the most dangerous man alive, a brilliant drenched in blood and intent on provoking civil war. But to catch him, Cooper will have to violate everything he believes in—and betray his own kind.


Smith will play Cooper, with Goldsman writing the script. They’ve collaborated on three movies before: I, Robot, Hancock, and I Am Legend, earning more than $2B combined at the box office. No word on a director although Julius Onah, now red-hot after this year’s hit drama Luce, was previously attached. He’s not mentioned as part of this deal, though, and somebody new will probably step in.