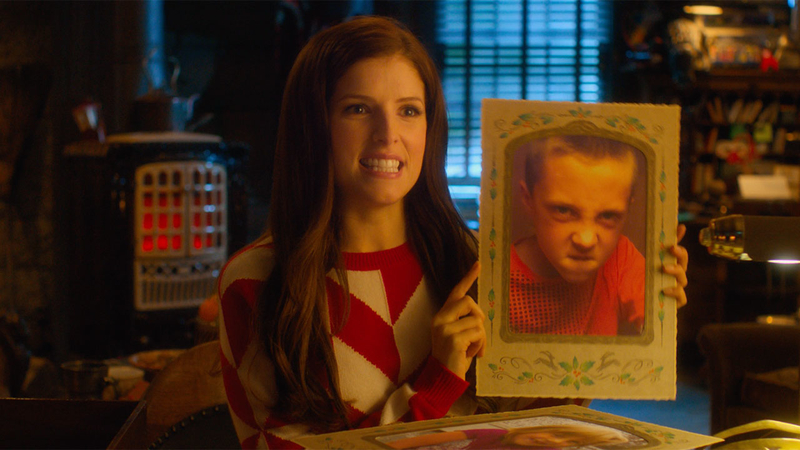 At last night’s D23 Expo, Disney flexed their muscles like we haven’t seen since…last month at Comic-Con: Yeah, the Mouse House is the ultimate content provider at this point and it goes beyond the wealth of Marvel and Star Wars shows they have in the works for Disney+. It extends to live-action remakes such as Lady and the Tramp, and holiday comedies like Noelle, which also had its trailer debut yesterday.

Starring Anna Kendrick as Santa Claus’ daughter, with Bill Hader as her brother, the film centers on her attempts to save Christmas after their father retires. The film is directed by Marc Lawrence with a cast that includes Billy Eichner, Shirley MacLaine, Bryan Brendle, and Julie Hagerty.

Under normal theatrical circumstances, Noelle looks like a movie that would be a huge hit around the holiday season. But Disney is smart, recognizing that a beloved Christmas comedy is forever, just look at Love Actually, A Christmas Story, and Elf. A thousand years from now people will still be watching those movies and buying their merchandise. Noelle could have that kind of potential and that’s something a fledging streamer like Disney+ could use.

SYNOPSIS: “Noelle” stars Anna Kendrick and Billy Eichner joined Sean Bailey to announce their film will premiere on Disney+ on November 12 before sharing a new trailer. In the upcoming holiday comedy, Kris Kringle’s daughter is full of Christmas spirit and holiday fun, but wishes she could do something “important” like her beloved brother Nick, who will take over from their father this Christmas. When Nick is about to crumble like a gingerbread cookie from all the pressure, Noelle suggests he take a break and get away…but when he doesn’t return, Noelle must find her brother and bring him back in time to save Christmas