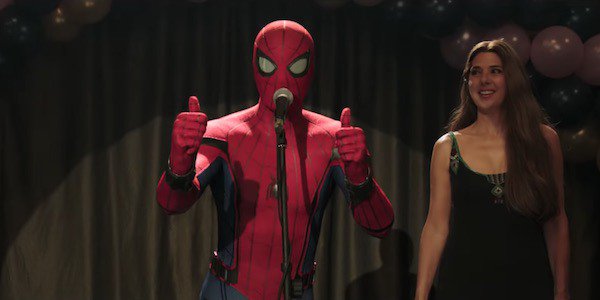 Now that Sony has Spider-Man back in the fold, what’re they going to do with them? It should come as no surprise they have very ambitious plans for the wallcrawler, as they do their growing cinematic universe of Spidey spinoff characters. But fans are angry to see him leave the MCU, and if Sony wants to win them back a very clear direction might be the best way to go.

Sony CEO  Tony Vinciquerra has been very chatty lately, which may be part of that strategy to win fans back. Unfortunately, it started off with him saying “the door is closed” on any new deals with Marvel, so that didn’t help. In that same Variety piece, he also revealed that “five or six” TV shows set within the Spider-Man universe. There’s no indication what those shows might be, whether they’ll live-action or animated, but Vinciquerra is sure Spider-Man will be “just fine” away from Kevin Feige and Marvel Studios.

There’s a reason for optimism and for skepticism. Sony’s had prior Spider-Man success with Sam Raimi’s films and the first Amazing Spider-Man movie with Andrew Garfield. On the other hand, every single time they tried to “go big” they ended up shitting the bed. They had massive plans to expand during the Marc Webb run of movies, including a Sinister Six film, a female Spider-Man movie, and much more. Most of those ideas have carried over into this new era. A Venom sequel is in the works, Jared Leto’s Morbius film hits next year, the Sinister Six idea is back, and there are multiple plans for female heroes including Silver Sable, Silk, and Black Cat.

Can Sony get it right this time? To maintain a popular solo Spider-Man franchise as part of a cinematic universe that rivals the MCU? What do you think?