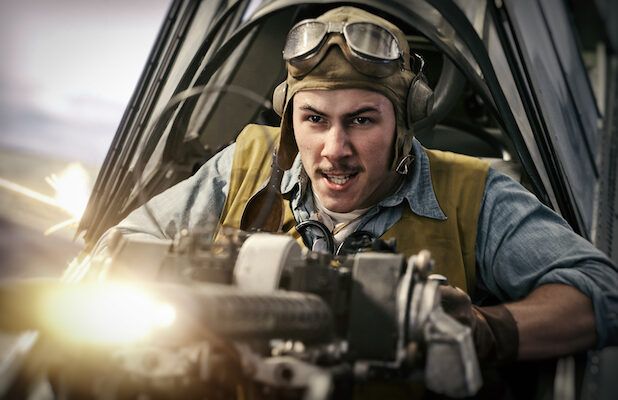 The battle of Midway has been depicted on the big screen many times, most notably in the 1976 movie aptly-titled Midway. Probably if you added up the budgets of them all they wouldn’t come close to Emmerich’s $100M behemoth, which looks as if it shares DNA with the aerial battles in Star Wars. I’m not complaining, but also don’t expect strict adherence to the historical record.

Joining Skrein in the cast are Woody Harrelson, Mandy Moore, Luke Evans, Patrick Wilson, Aaron Eckhart, and Nick Jonas who looks to be the primary hero as aviator Bruno Gaido. He’s also one of the few characters who doesn’t appear to be based on a real person. Yep, Dick Best is an actual dude.

Review: ‘Prisoners Of The Ghostland’