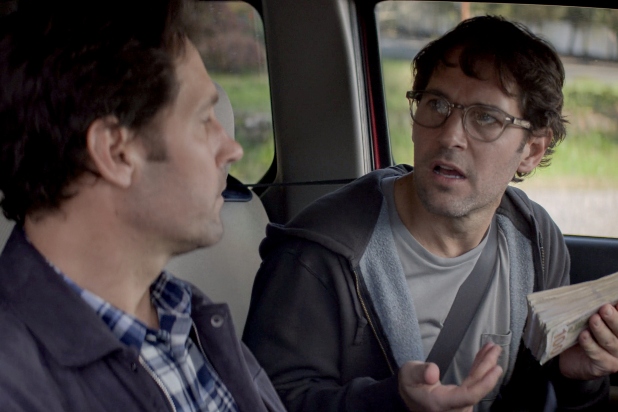 Paul Rudd has been funny for so long,  has the adoration of so many fans, and is apparently ageless, so it’s understandable that somebody would be jealous of his success. The Avengers never would’ve stopped Thanos if it weren’t for Rudd’s Ant-Man, right? But would anybody suspect Paul Rudd to be jealous of…Paul Rudd? In the Netflix comedy series Living with Yourself, that’s what happens when Rudd is forced into one whopper of an existential crisis.

Living With Yourself stars Rudd alongside Rudd, as a man who discovers that he’s been replaced by a newer and better version. The result? His wife, played by red-hot comedienne Aisling Bea, kinda likes the improved version better.

The 8-episode series was created by The Daily Show‘s Timothy Greenberg and directed by Jonathan Dayton and Valerie Faris. The team of Dayton and Faris is probably best known for directing Little Miss Sunshine, Ruby Sparks, and Battle of the Sexes.

SYNOPSIS: Miles is a man struggling in life. When he undergoes a novel spa treatment that promises to make him a better person, he finds he’s been replaced by a new and improved version of himself.


Living With Yourself hits Netflix on October 18th.