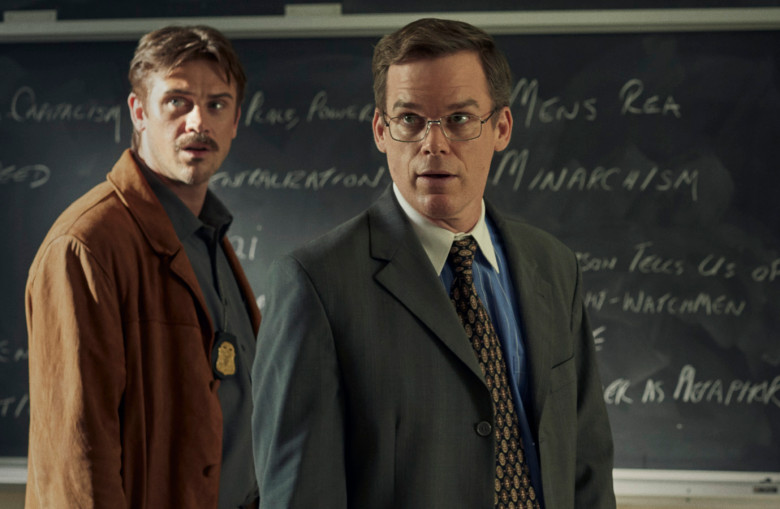 Jim Mickle is back. For fans of genre films Stake Land, We Are What We Are, and the amazing Cold in July, or the TV series Hap & Leonard, the wait for Mickle’s latest has been rough. Fortunately, Netflix is the home for his psychological thriller In the Shadow of the Moon, which may look like a standard-issue cop movie but promises to be something very different.

Set in 1988, the film stars Boyd Holbrook (Logan, The Predator) as an ambitious cop who becomes obsessed with catching a serial killer who strikes every nine years. The only thing is, he swore he saw the killer die years ago, yet somehow the crimes continue right on time.

Joining Holbrook in the cast are Cleopatra Coleman, Bokeem Woodbine, and Michael C. Hall who is reuniting with his Cold in July director. Mickle is blending different genres on this one, something he’s proven to be pretty adept at doing in the past.

SYNOPSIS: In 1988, Philadelphia police officer Thomas Lockhart (Boyd Holbrook), hungry to become a detective, begins tracking a serial killer who mysteriously resurfaces every nine years. But when the killer’s crimes begin to defy all scientific explanation, Lock’s obsession with finding the truth threatens to destroy his career, his family, and possibly his sanity. Directed by Jim Mickle and also starring Michael C. Hall and Cleopatra Coleman, IN THE SHADOW OF THE MOON is a genre-bending psychological thriller that examines the power of time, and how its passing can either bring us together or tear us apart.


In the Shadow of the Moon hits Netflix on September 27th.