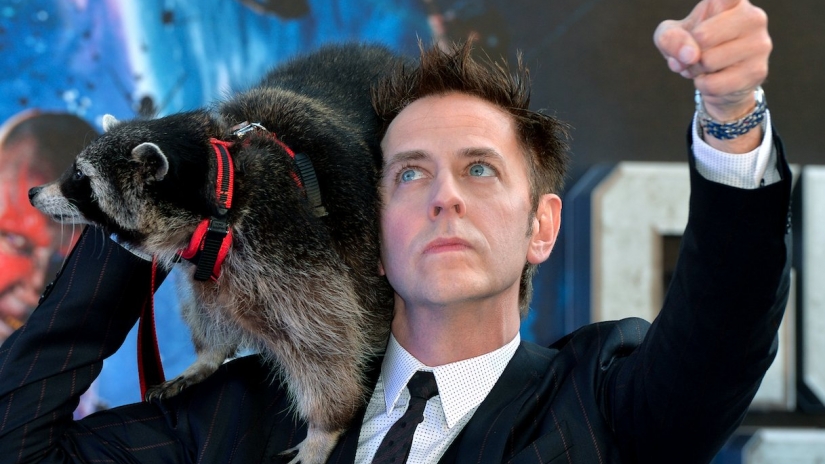 This is just cool, because too often we get lost in the so-called competition between DC and Marvel we forget to just enjoy these movies. James Gunn is one of the few filmmakers who has been able to work for both companies. The Guardians of the Galaxy director has just kicked off production on The Suicide Squad, the DC Comics sequel to the hit 2016 movie. The circumstances which led him to Warner Bros. aren’t great; he was fired by Marvel over some controversial tweets, but things have been patched up between the two sides as evidenced by a really cool gift from Gunn’s Marvel family.

Gunn took to Twitter and shared images of a very special gift he received from Kevin Feige and others from Marvel Studios, wishing him well as he begins shooting on The Suicide Squad. They sent him a scrapbook full of happy memories from both Guardians movies, and could also be seen as a reminder that he’ll be back for Guardians 3 as soon as he’s done with DC’s bunch of antiheroes.

Starting production on #TheSuicideSquad, I received perhaps the coolest & sweetest start-of-production gift ever, along with a note of how excited they are for the movie from Kevin, Lou, Victoria, Mary & Jonathan at @marvelstudios. pic.twitter.com/kjWrF55mC2

They made me this incredible scrapbook of our journey so far on #GuardiansoftheGalaxy. It’s a thick tome packed with memories that brought a tear to my eye.

Gunn went on to talk about his feelings on fans of both Marvel and DC, saying both sides “have a lot more in common than they do not”, a sentiment I definitely agree with. This supposed beef between DC/Marvel has been a thing for decades, but it’s important to remember that it’s mainly to inspire the best in one another. I don’t think it’s a coincidence that as the DCEU has begun to improve over the last couple of years, Marvel has really been knocking it out of the park leading up to Endgame. A rising tide, and all that.

Meanwhile, Gunn and his Suicide Squad cast, along with Guardians star Pom Klementieff, attended a recent screening of Joker. Their smiles are big enough that we can assume they dug it? Does this mean Joaquin Phoenix’s Joker will be joining the team? Of course not, but I bet there’s a site out there somewhere posting that as a rumor.