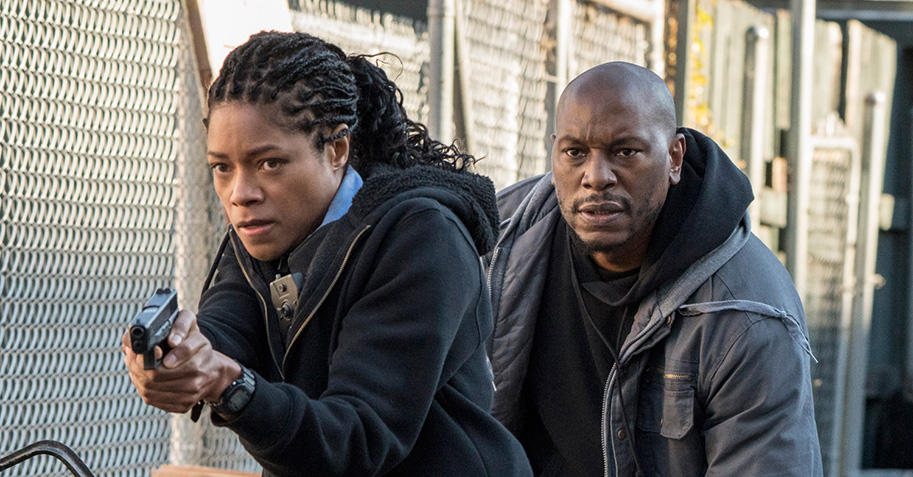 David Ayer doesn’t have a monopoly on corrupt cop movies, but it’s hard for me to not see his influence in a movie like Black & Blue.  Directed by Deon Taylor (The Intruder), the film centers on a rookie female cop who captures video of her colleagues covering up a murder. That sends her on the run and in desperate need of help when she becomes the target of a manhunt led by her brothers-in-blue.

The film stars Naomie Harris as the rookie officer, with Tyrese Gibson as a member of the community who offers his support. That she is an African-American at a time when police brutality against blacks has become an epidemic, also weighs into the story penned by writer Peter Dowling (Flightplan). I mentioned Ayer in that you can see some resemblance to films such as Training Day and Dark Blue, both of which he wrote, but the racial component is what should separate Black and Blue from the rest.

SYNOPSIS: BLACK AND BLUE is a fast-paced action thriller about a rookie cop (Naomie Harris) who inadvertently captures the murder of a young drug dealer on her body cam. After realizing that the murder was committed by corrupt cops, she teams up with the one person from her community who is willing to help her (Tyrese Gibson) as she tries to escape both the criminals out for revenge and the police who are desperate to destroy the incriminating footage.