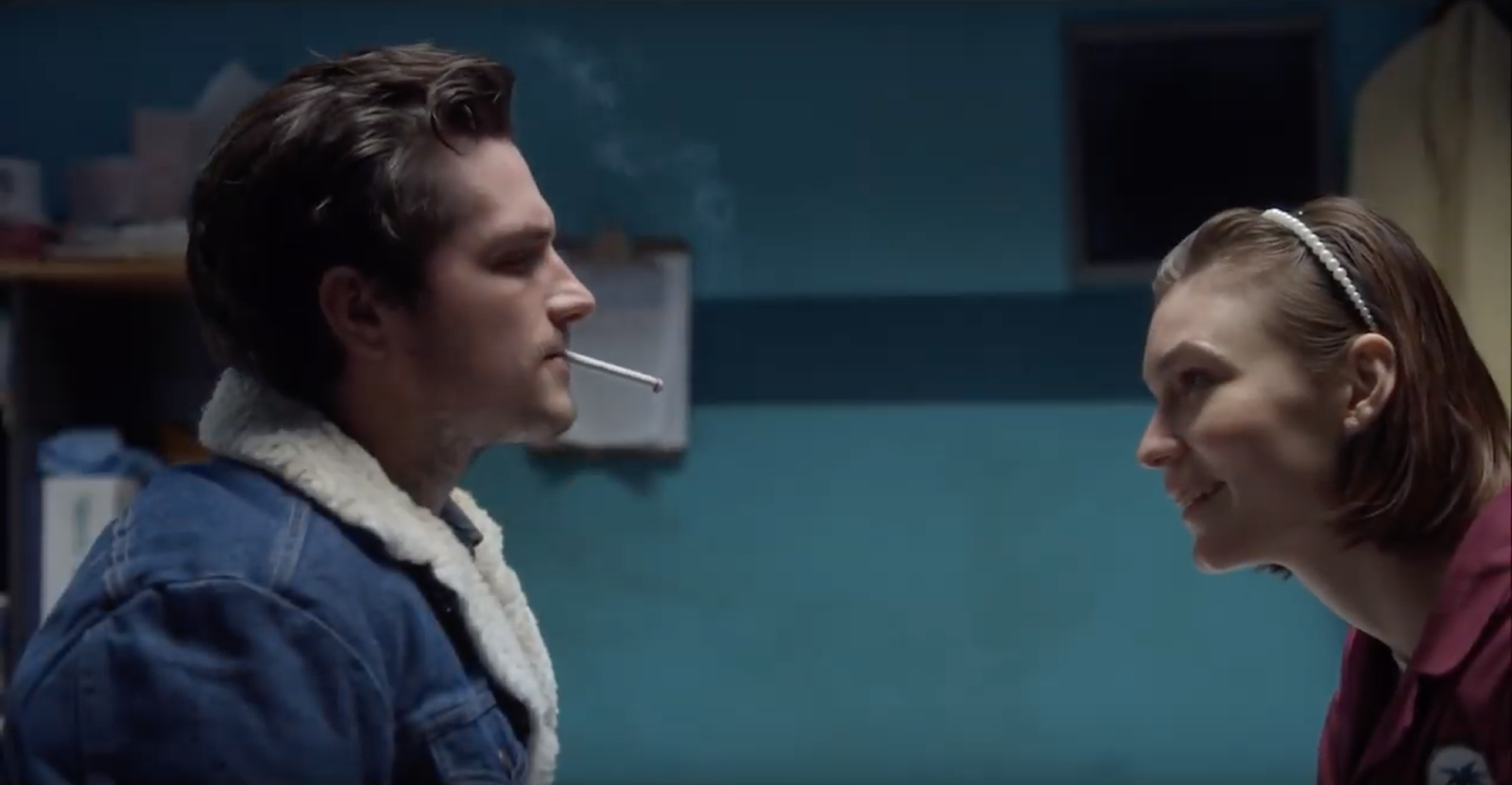 They say that popular film genres can represent where we are politically. Vampire films of the mid 2000s flourished at the end of the Bush administration. The zombie narrative dominated the screens during a democratic led congress during the Obama era. With the upcoming hostage movie Villians starring Bill Skargård and Kyra Sedgwick and Ready or Not released earlier this year, we are seeing a rise in films about the hunted becoming the hunter. Whatever conclusions you want to draw about the correlation between popular genres and politics are valid, however with director Mike Gan’s new film Burn, political conclusions can be put aside for 90 minutes in this thought provoking and gut-sinking thriller.

Taking place at the same gas station over one night, clerks Shelia (Suki Waterhouse) and Melinda (Tilda Cobham-Hervey) interact and encounter the average creep and customer you would expect to encounter during the night shift in a small town. While Shelia seems to handle her job with realistic skepticism, Melinda is riddled with unstable innocence. She trusts everyone she meets too quickly, walking around emotionally raw. Her naïveté comes to a head with the arrival of Billy (Josh Hutcherson), a loner with an anger problem and a lack of cash. After a startling first encounter and a terrible accident, Melinda and Billy push each other to an emotional breaking point and suspenseful conclusion. This psychological thriller, ironically a slow burn, questions interactions and intentions between men and women in the work place and pushes the limits of how a sympathetic a character can be.

Tilda Cobham- Hervey completely embodies the unhinged Melinda, making her seem volatile and completely sympathetic as she does unspeakable things. While she makes the role entirely her own, she plays the part with a tinge of Robert De Niro in Taxi Driver. It is rare to witness the galloping start of a promising career, but if this performance is any indication of where Cobham- Hervey is going, we can expect spectacular things.

Burn is at its best when the suspense is in Cobham-Hervey’s hands. The unpredictable nature of her character truly propels the action into uncharted and startling waters. Director and writer Mike Gan excels at getting the audience on the same emotional wavelength as the main character, while still creating a sense of shock and awe.